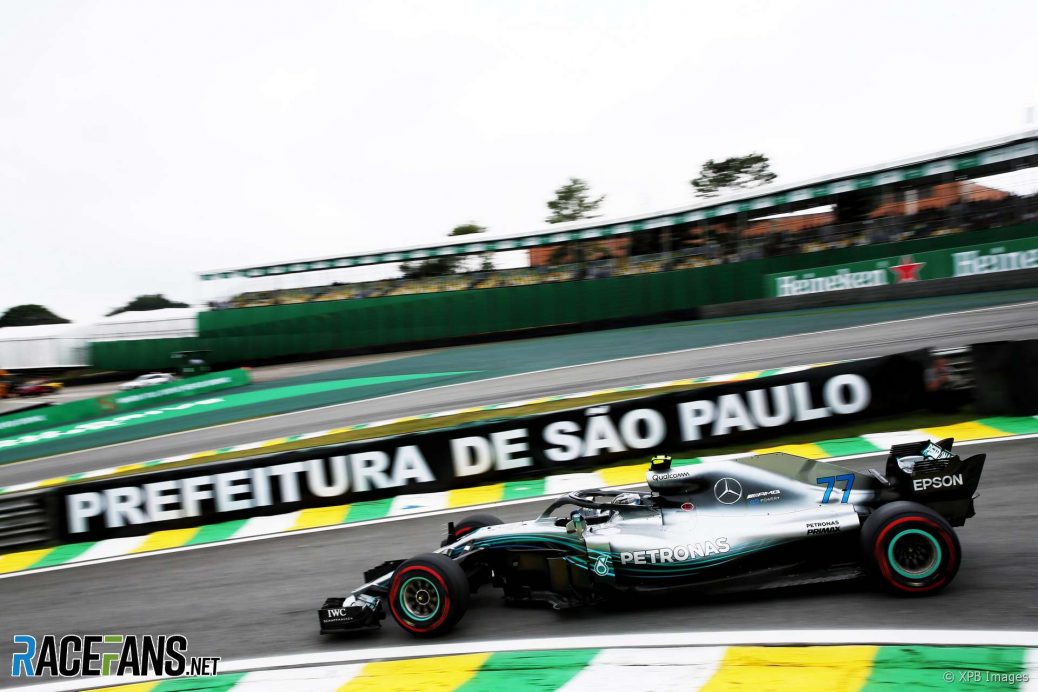 Valtteri Bottas says he could have taken pole position for the Brazilian Grand Prix if he’d had a tow on his final Q3 run.
Valtteri Bottas: “I think at the beginning of the lap it was getting very good, then the middle of the lap was average and lost a tiny bit in the last corner.”
Valtteri Bottas: “No drama, but definitely not a perfect lap but I think with a perfect lap pole would have been possible.”
Toto Wolff: “Maybe Valtteri being the first of them track not benefiting of anybody in front of him, might have lost a little bit more.”