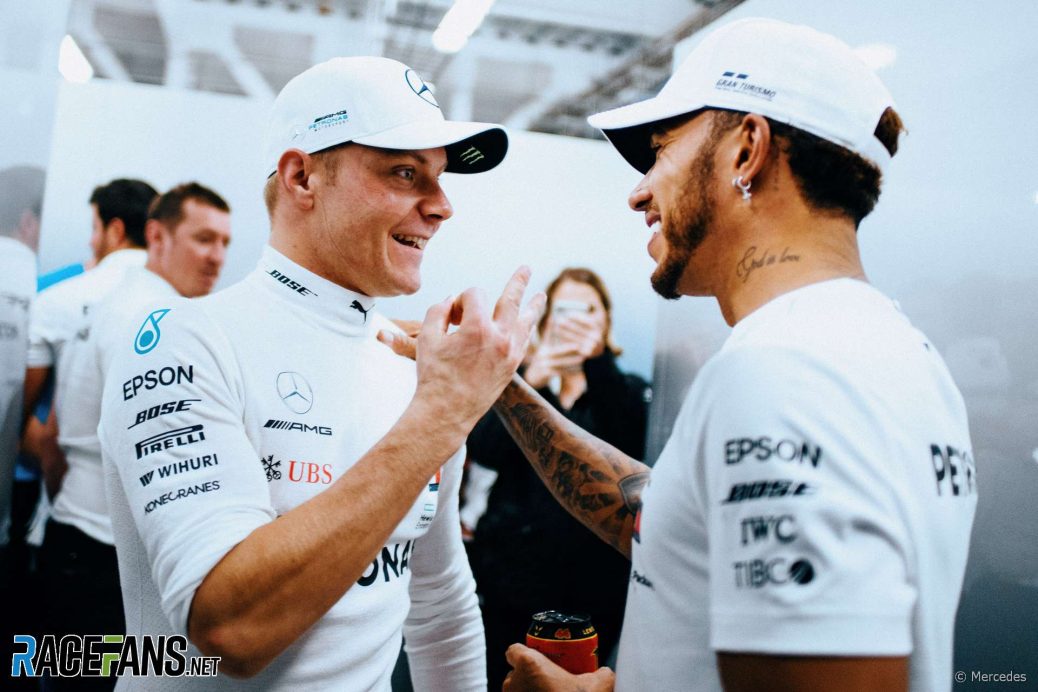 Valtteri Bottas says he is paying attention to Lewis Hamilton’s technique as his world champion team mate keeps improving.
Valtteri Bottas said he’s “really impressed” by “what Lewis has done in such a short time, achieving that many championships, race wins, poles.”
Bottas ran Hamilton close early in the season but dropped back in the championship standings and ended up having to hand victory to his team mate in Russia.
Valtteri Bottas: “But especially it would be silly not to watch what Lewis is doing in terms of his driving and what kind of things he’s exploring through the race weekend.”