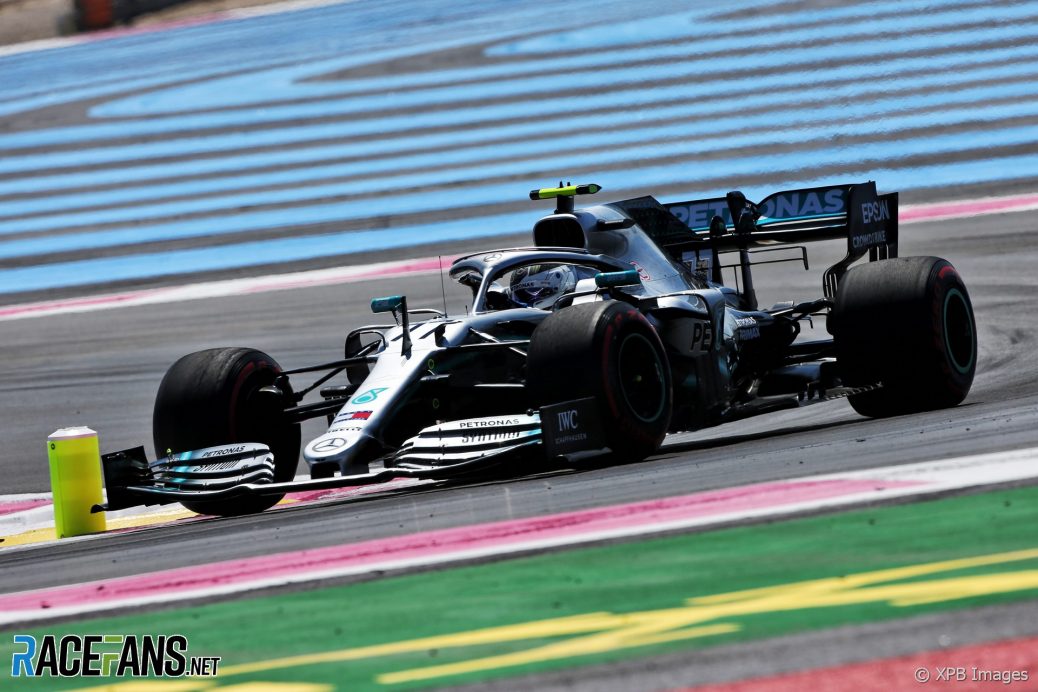 Mercedes remained ahead in the second practice session for the French Grand Prix but this time it was Valtteri Bottas who led the way.
Bottas, who arrived in France second in the world championship, comfortably headed the session by four-tenths of a second over points leader Lewis Hamilton.
He rejoined the track as Max Verstappen came by, which appeared to cause the Red Bull driver to go off the circuit at turn five, an incident the stewards will look into after the session.
Charles Leclerc and Sebastian Vettel were over six-tenths of a second slower than Hamilton.
He relegated Verstappen to sixth, while Carlos Sainz Jnr also got the other McLaren ahead of Gasly.