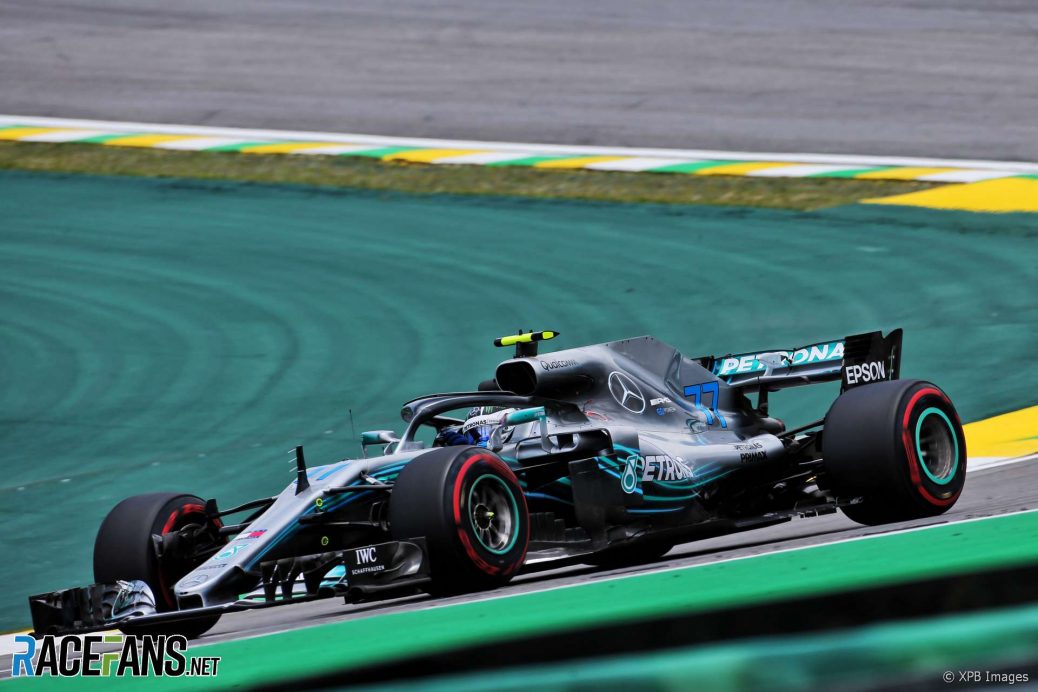 Valtteri Bottas led an extremely close one-two for Mercedes in the second practice session for the Brazilian Grand Prix.
Just three thousandths of a second separated Bottas from team mate Lewis Hamilton after their qualifying simulation runs on the super-soft tyres.
Ferrari were right on the pace once again as well, Sebastian Vettel lapping seven-hundredths of a second off Bottas’s time.
But despite their one-lap pace both cars exhibited signs of tyre blistering during their long runs at the end of the session.
Browse all 2018 Brazilian Grand Prix articles.