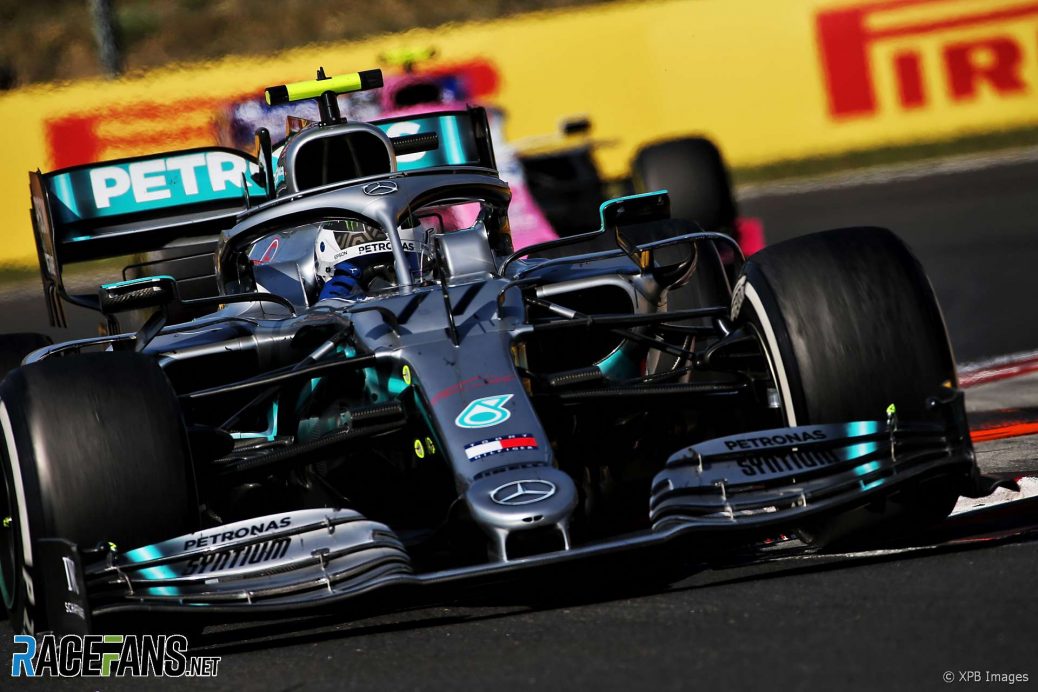 Valtteri Bottas doesn’t believe his poor result in the Hungarian Grand Prix will swing Mercedes’ decision on whether to keep him for the 2020 F1 season.
But Bottas said the result does not make him “nervous” about his future, despite team principal Toto Wolff admitting Esteban Ocon is under consideration for Bottas’s seat next year.
“For sure would be nice to hear some news when the team decides what they want to do,” said Valtteri Bottas.
Valtteri Bottas: “I don’t think it’s going to change anything, one race, like I said before the weekend.”