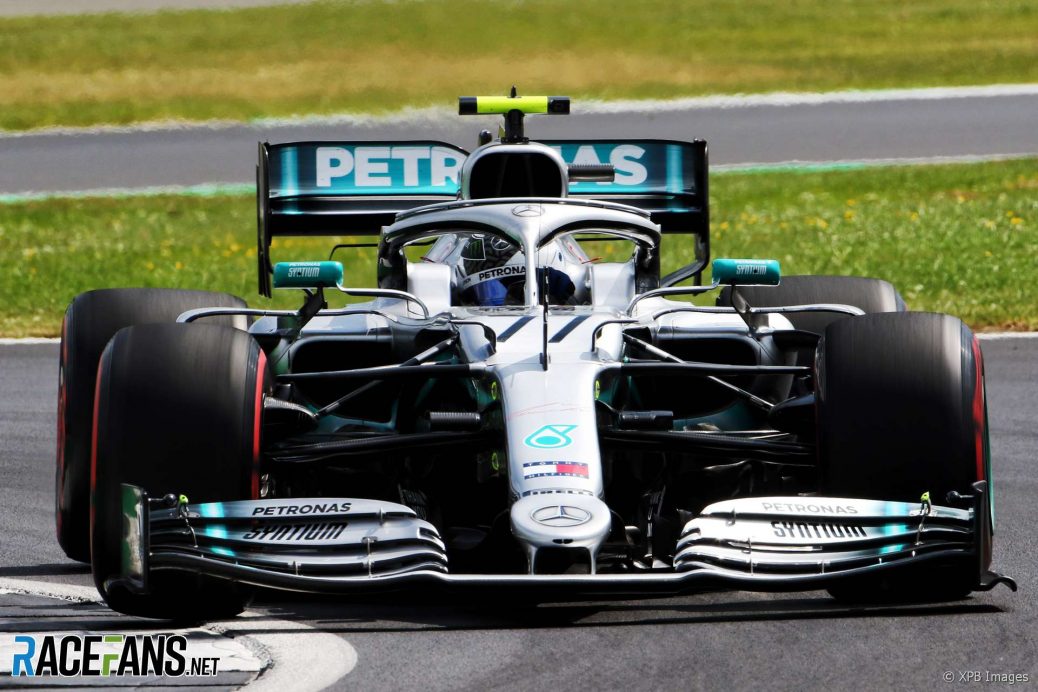 Valtteri Bottas took pole position for the British Grand Prix in a thrilling qualifying session.
The Mercedes driver beat his team mate and Charles Leclerc’s Ferrari by less than a tenth of a second.
Hamilton shaded the Ferrari by just two-hundredths of a second, but used a set of soft tyres to do so while Leclerc only ran a set of mediums.
His final run wasn’t clean, and behind him Hamilton was improving.
Hamilton fell short of beating his team mate by a mere six thousandths of a second.
He fell short by less than a tenth of a second, ending up third.