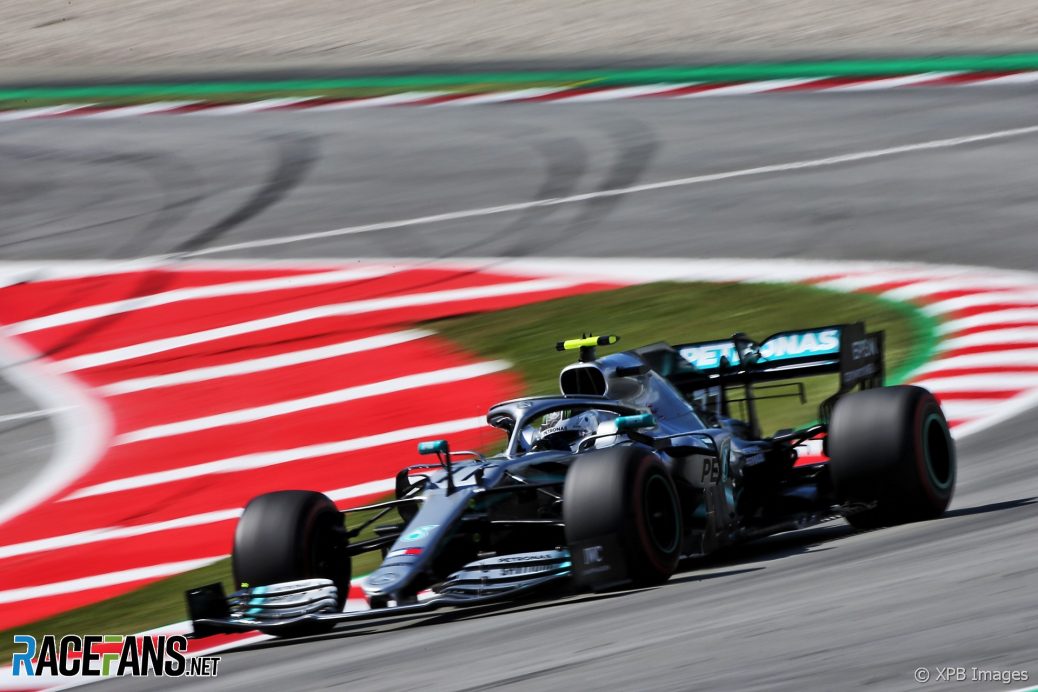 Mercedes led the way in the first phase of qualifying, though Hamilton found traffic in the middle of his first flying effort.
Sergio Perez and Daniel Ricciardo grabbed the last two places in Q2, the latter displaying his team mate by less than two-hundredths of a second.
However he coolly delivered a lap within a tenth of a second of his team mate, and took his place in the final phase of qualifying.
A 1’15.406 by the Mercedes driver smashed the previous track record, and Hamilton was unable to match him, complaining of traffic from the sole remaining Renault.
Sebastian Vettel took third, eight-tenths of a second slower than Bottas.