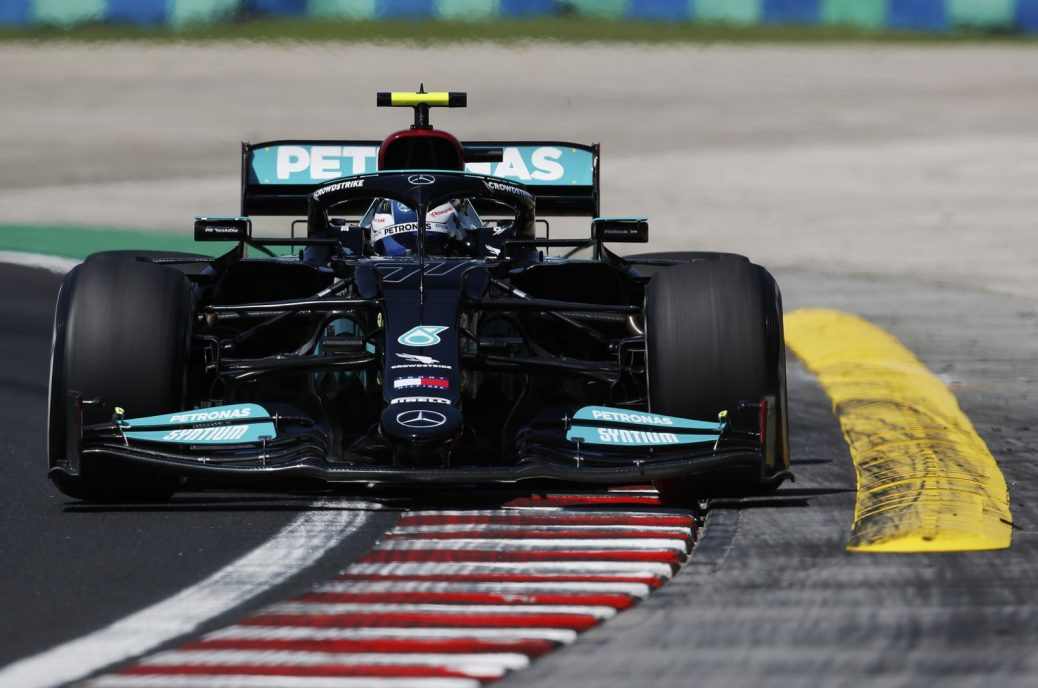 A former F1 driver has dismissed suggestions Valtteri Bottas may have deliberately taken out both Red Bulls at the first corner in Hungary. It has also put Red Bull-Honda in a compromised position with regards to its engine strategy for the rest of the 2021 season, with penalties for both Verstappen and his teammate Sergio Perez now likely. But former F1 driver Christijan Albers said he doubts Bottas did it all on purpose. “Bottas can’t just plan to make a bad start and then get into the perfect position to go bowling like that,” he added. “Besides, I don’t think Mercedes would allow those sorts of tricks to be used right now. “Mercedes has been like a bull in a China-shop for the last few races, bowling one Red Bull after another.