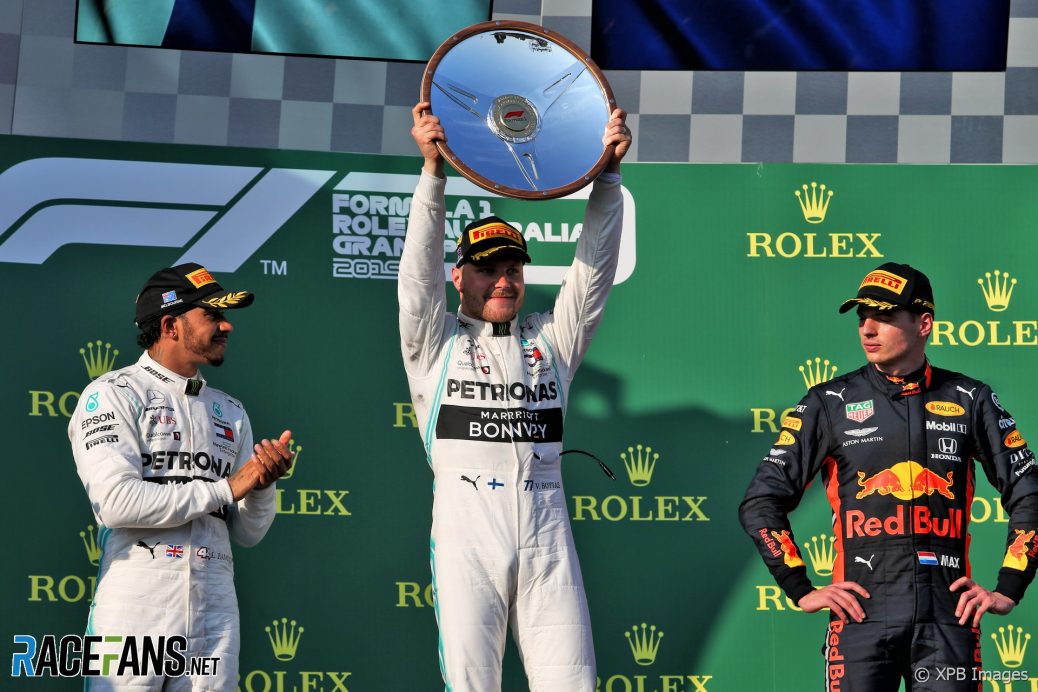 Bottas believes 2019 has been his ‘best season so far’ | 2019 team mate battles: Hamilton vs Bottas

But the difficulty Bottas has faced in sustaining that championship challenge has served to prove what an overwhelming competitor his team mate Lewis Hamilton is.
The pair divided up the first five races between them, taking one-twos in all of them, but then Hamilton went on a run of four straight wins, asserting his superiority.
Bottas has as many pole positions as Hamilton – four – and on average has lapped within a tenth of a second of his team mate on Saturdays.
As far as Bottas is concerned, this has been his best campaign to date.