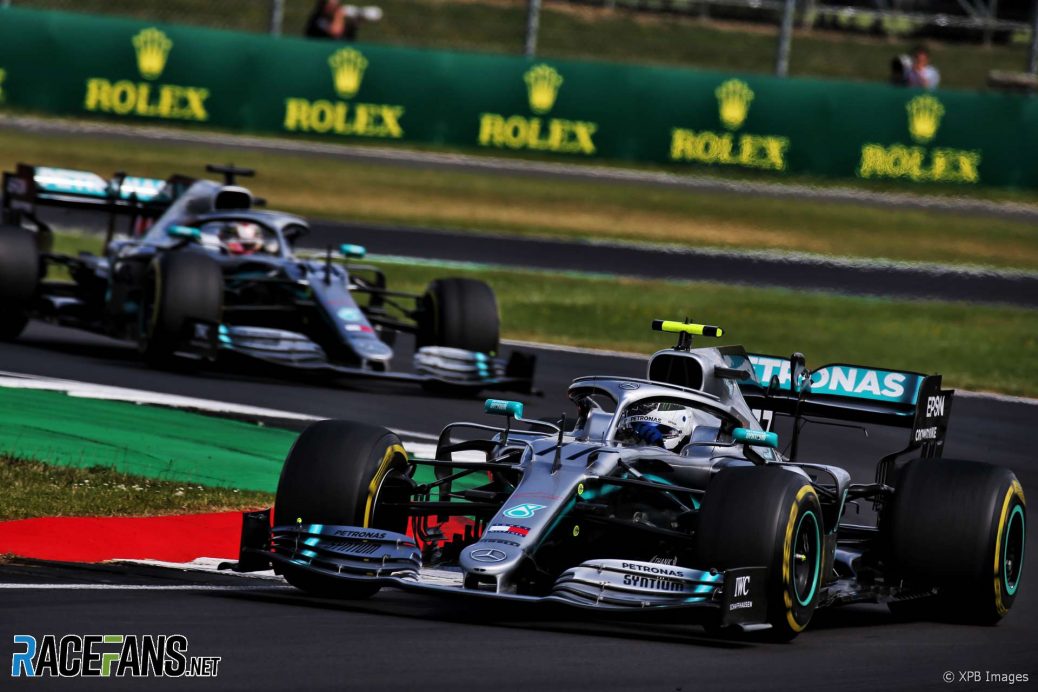 Valtteri Bottas says his choice of tyre at his first pit stop was a “mistake” because it locked him into a two-stop strategy.
Bottas, who led the opening laps of the race, was the first of the two Mercedes drivers to pit.
“After my first stop I felt like it was under control,” said Valtteri Bottas.
Valtteri Bottas: “I was following the gap closely, the pit stop gap I had to Lewis, and I was just waiting for him to stop and obviously the Safety Car got him ahead of me at that point.”