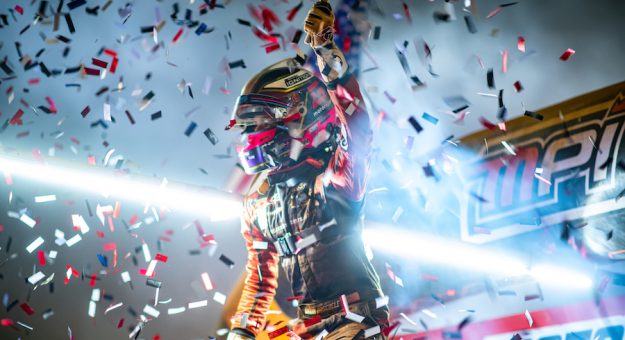 SALISBURY, N.C. — Tuesday’s debut for the Xtreme Outlaw Midget Series presented by Toyota was an event months in the making. On this night, making the most history was none other than hometown hero, Gavan Boschele. 5, officially becoming the first winner in Xtreme Outlaw Midget Series history. Boschele’s breakthrough, his second national midget win (POWRi 2021), didn’t come without a hint of controversy, however. After starting from the pole, Boschele backed into second and held the runner-up spot for 21 laps while his KKM teammate Bryant Wiedeman controlled the race. Boschele escaped unscathed, but the same could not be said for Wiedeman and a pile of 10 other competitors with nowhere to avoid the stopped car. “I hate that I got into Bryant [Wiedeman] there,” Boschele acknowledged.