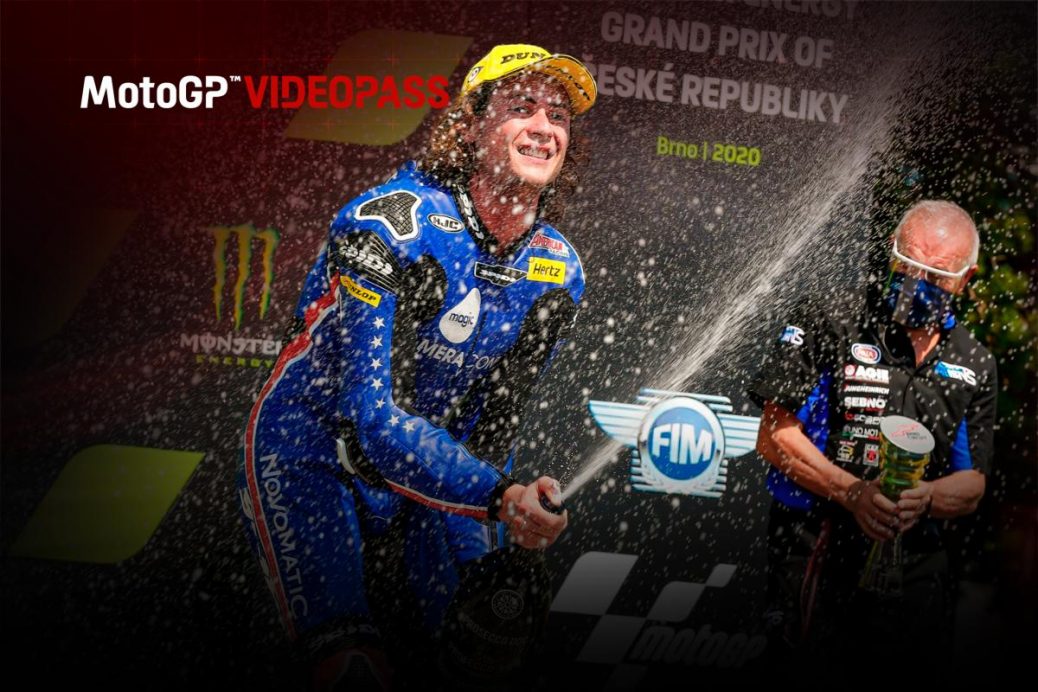 Born in the USA: Time for the American takeover

Lowering your helmet visor as you line up on the grid for the start of a MotoGP ™ World Championship Grand Prix and to then hear your national anthem blare across the track from the top step of the podium. This is the mission that both Joe Roberts (Italtrans Racing Team) and Cameron Beaubier (American Racing) will try to accomplish in 2021. After that first date in Qatar, the world came to a halt. The possibility of moving into the premier class is what every driver wants but the choice of the #16 was clear: to make the step up with a World Championship in his back pocket. It was at that point when one of the teams in the midst of a World Championship fight came calling: Italtrans Racing Team. American Racing is a team that has an eye for procuring the best American talent so that they can have their say in the World Championship.