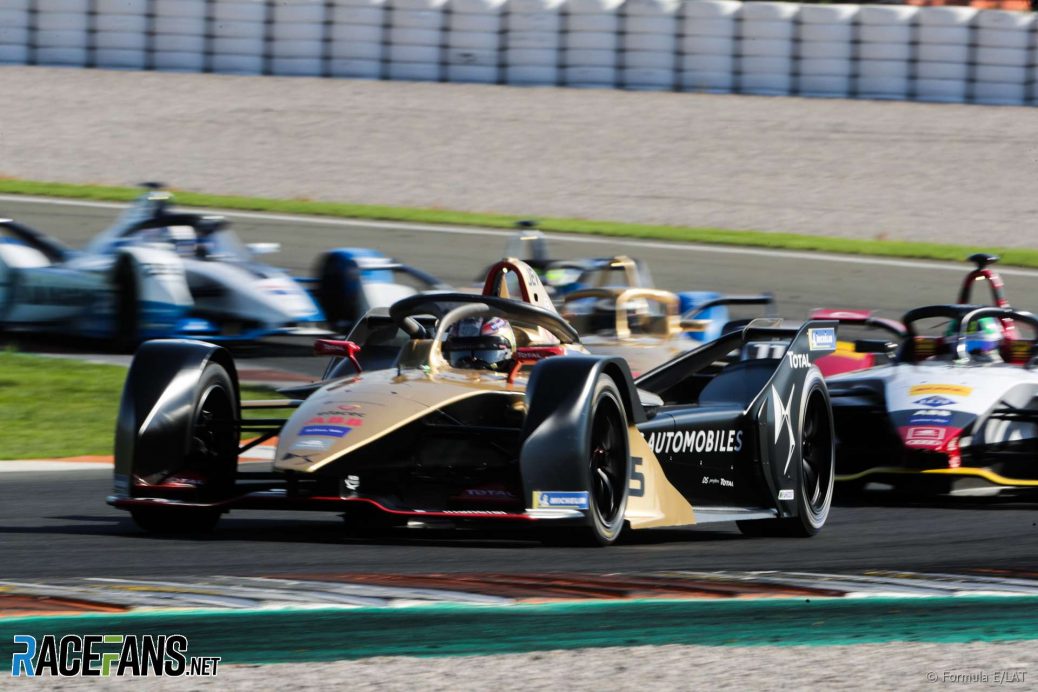 Formula E champion Jean-Eric Vergne is concerned the series’ new format for its 2018-19 season could lead to more flat-out racing which he believes would produce less action.
Jean-Eric Vergne: “Hopefully I’m wrong but if in the first race we see some crashes, which we probably see in every race in Formula E, and that people are following each other because they can’t overtake because it’s a flat-out race, I think they will have to change some things.”