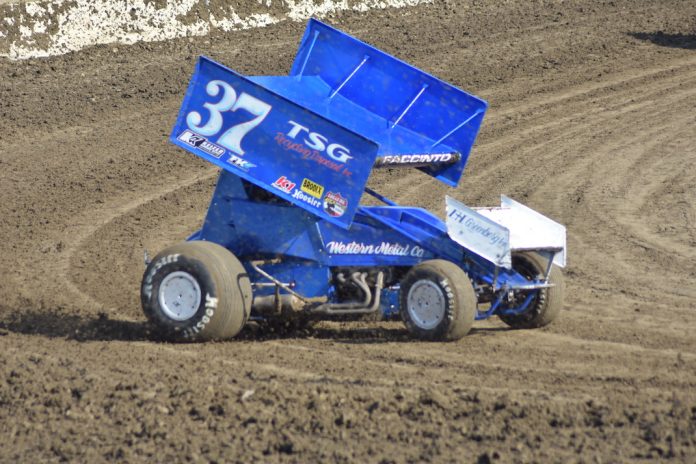 WATSONVILLE, Calif. — Mitchell Faccinto won a thrilling Taco Bravo 360 Series 30-lap feature at Ocean Speedway on Friday night. The youngster outpowered Golobic coming out of the second turn and by lap seven, he was putting cars a lap down. Majdic continued to lead followed by Golobic, Netto, Faccinto, Kaleb Montgomery, Kurt Nelson and Bud Kaeding. Both Golobic and Netto narrowly missed the Majdic car as it laid on his side in the high-speed racing groove. Golobic would inherit the lead but it would be Netto’s turn to make a mistake when he bobbled in the second turn allowing both Faccinto and Kaeding to pass him. Faccinto did a dive bomb move on Golobic going into the first turn which stuck.