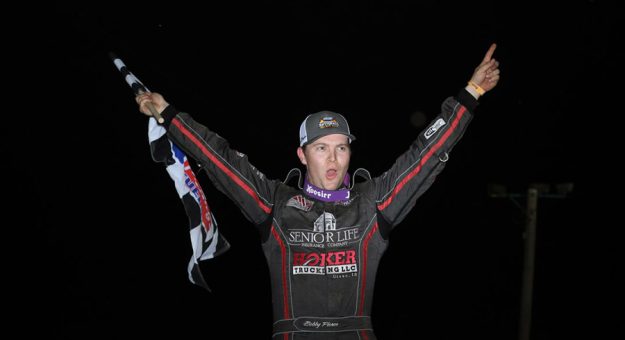 QUINCY, Ill. — Right as he was rolling trackside for the Feature, reigning DIRTcar Summer Nationals champion Bobby Pierce caught a positive wave of energy. “I started fifth on the bottom, and realized I had to move up and get going on top,” Pierce said of his lane choice in the opening laps. “When I found it, in a couple laps it seemed like I was in the lead. A caution was thrown with three laps remaining, which erased Pierce’s lead and put a hungry Shannon Babb right on his rear bumper. Pierce mashed the throttle in turn four and pulled away from Babb, leaving the others behind him as he crossed the stripe for his third Summer Nationals Feature win of the 2022 campaign. “At that point, I didn’t really think anyone would have anything on the top,” Pierce said.