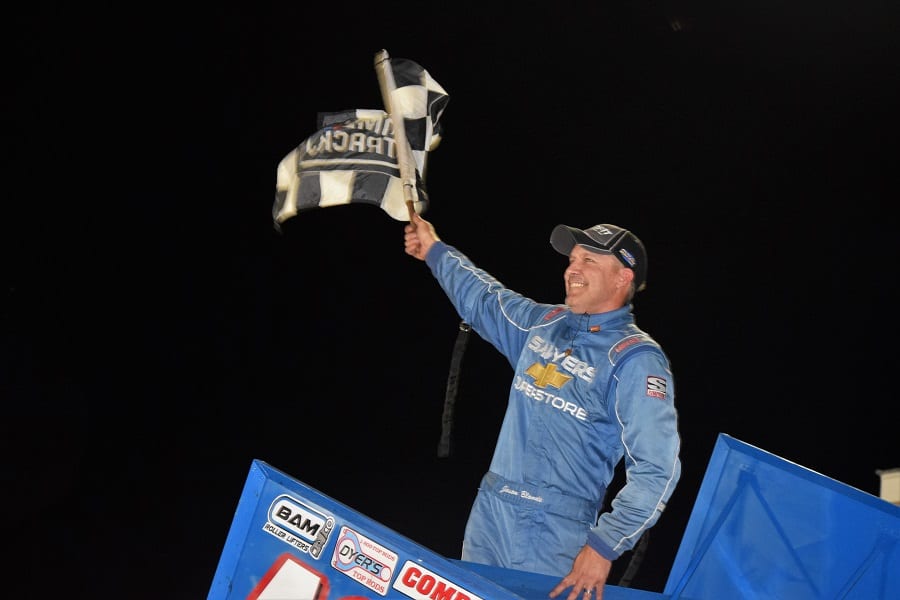 KALAMAZOO, Mich. — Jason Blonde has waited a year to chase the win that got away from him at the American Speed U.S. Nationals and is now looking to rebound from last year’s misfortune and bring home the victory this Saturday, May 28, at Kalamazoo Speedway. The Must See Racing National Touring Series is invading Kalamazoo for this year’s running of the American Speed U.S. Nationals, giving Blonde the opportunity he’s been waiting for. In last year’s event, the eight-time Super Sprints champion was holding the lead late in the race. Blonde, who will be making his first pavement sprint car race since last August, recently explained his misfortune last year. An American Speed U.S. Nationals trophy will be up for grabs this weekend, for both Blonde and his competitors. “The way the car has been the last couple of years at Kalamazoo, we’ve been pretty stout.