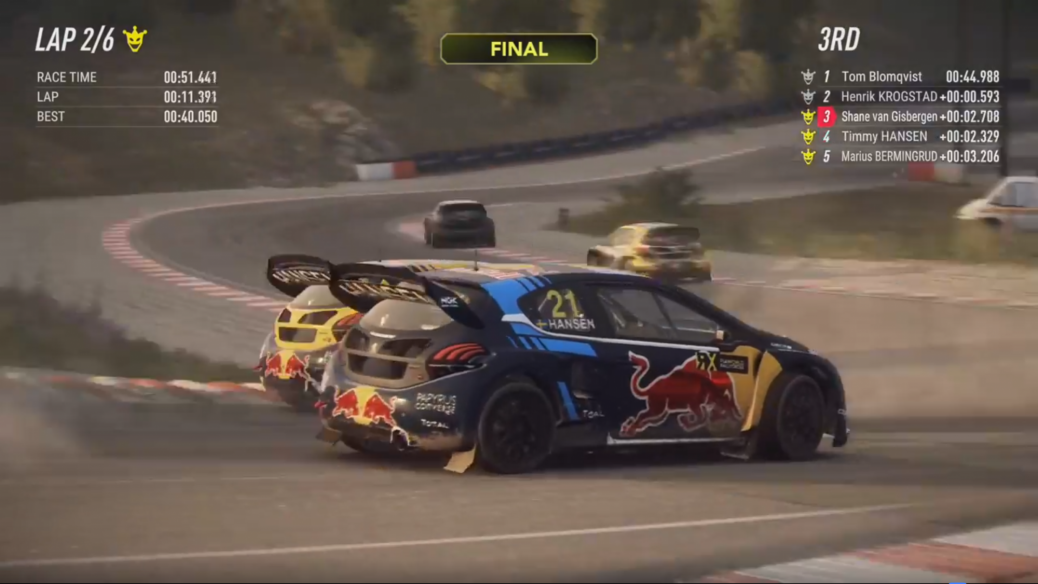 Great Britain’s Tom Blomqvist claimed victory in round two of the FIA World Rallycross Championship’s Esports Series at Hell-Norway (21 June). Reigning FIA World RX Drivers’ Champion Timmy Hansen was quickest in Q1 and Q2, but dry track conditions turned to rain for Q3 and Q4, where Van Gisbergen was quickest in both remaining sessions. New Zealand’s Hayden Paddon, the FIA World Rally Championship event winner, also had a difficult series of qualifying races and ended up P13. Round three of the World RX Esports series will be at Holjes-Sweden on Sunday 28 June.