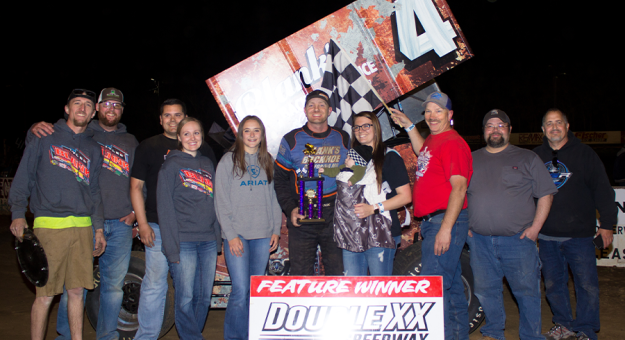 — Tyler Blank headlined the season opener at Double X Speedway after winning the winged sprint car division on Sunday. The 25-lap feature saw Jack Wagner take the point and lead the first fifteen laps. The race was only slowed by a lap one red flag involving Billy Butler, Ben Brown and Timmy Smith. As Wagner led, Tyler Blank and Taylor Walton were keeping the pressure on the leader. Encountering lapped traffic on lap fifteen, Blank was able to overtake Wagner to take the lead. Following a lap 20 caution, Walton made a move on the leader, but Blank appeared to grab another gear and open up a five car length lead, which he maintained until the checkered flag.