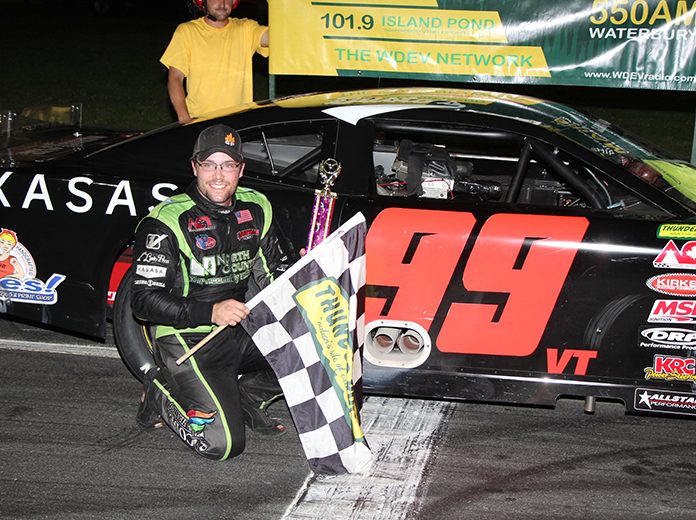 BARRE, Vt. — Local racer Cody Blake combined a little speed with a lot of luck to score the Maplewood/Irving Oil Late Model victory at Thunder Road Int’l Speedbowl on Thursday. Blake took the lead for the first time from Christopher Pelkey on a restart following a massive crash with 10 laps to go and pulled away to win the 50-lap feature on WDEV Radio/Calkins Portable Toilets Night. This time on the restart, it was Morris who got the upper hand, leading laps 39 and 40. Third-generation racer Bryan P. Wall became a first-time winner in the Lenny’s Shoe & Apparel Flying Tiger 40-lap feature. He went untouched from there to become the youngest feature winner in Thunder Road history. In a rough-and-tumble second feature, Luke Marcheski make the trek to central Vermont worth it by becoming the fourth first-time winner of the night.