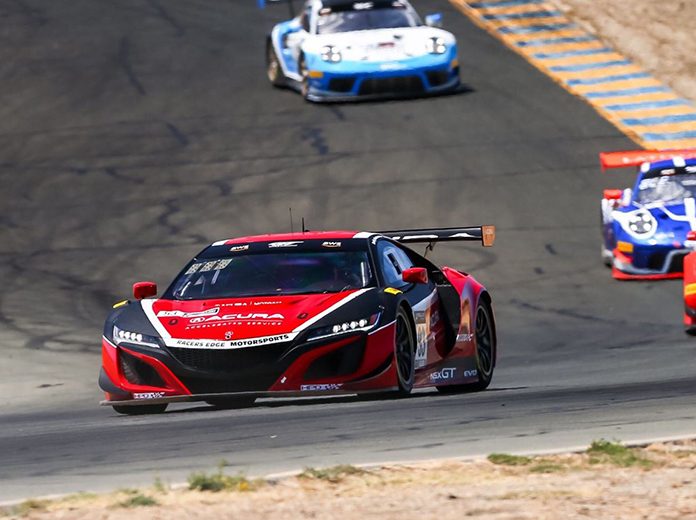 SONOMA, Calif. – The Racers Edge Motorsports Acura NSX team of Shelby Blackstock and Trent Hindman scored a dominant, flag-to-flag overall and Silver division GT World Challenge America victory Sunday afternoon at Sonoma Raceway. GMG Racing Porsche team James Sofronas and Jeroen Bleekemolen won the Pro/Am race, finishing third overall on the day. At the 35-minute mark of the race and the pit window open, Hindman who had built his lead back up to six seconds, came into the pits first to changeover to Blackstock. With the pit window closed, the Racer’s Edge Motorsports Acura team still held the lead with Blackstock out front by 8.7 seconds. Kurtz would come into pit lane dropping him from second to seventh, moving Poordad up into second overall. By lap 35, Fuentes and Sofronas had caught Poordad and the three competitors then engaged in a late race battle.