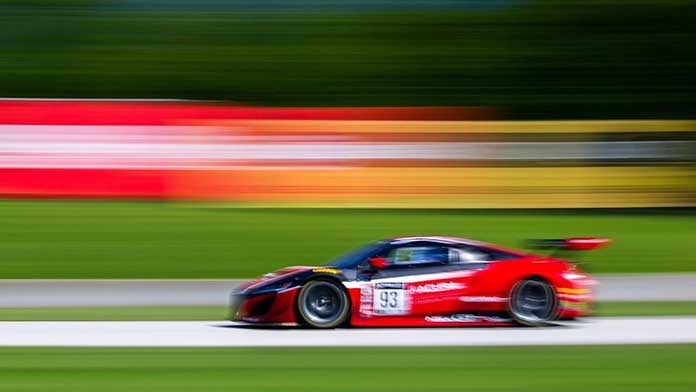 ELKHART LAKE, Wis. – The Racers Edge Motorsports Acura NSX team of Shelby Blackstock and Trent Hindman continued their GT World Challenge America dominance Sunday by scoring the third-straight overall and Silver division victory at Road America. Winward Racing’s Mercedes-AMG GT3 team of Indy Dontje and Russell Ward finished second overall and second in Silver. Root also swung by and up into second, dropping Dalziel to third after the first turn of the race. Poordad, who took over for Root, continued in second while Askew, who replaced Dalziel was third. By lap 26, Askew closed on Poordad and began a challenge for second. Dontje would then execute a pass on Askew into turn five and a lap later pull the same move on Kurtz to move to third overall. Dontje then squeezed by Poordad through the Kink and up into second overall.