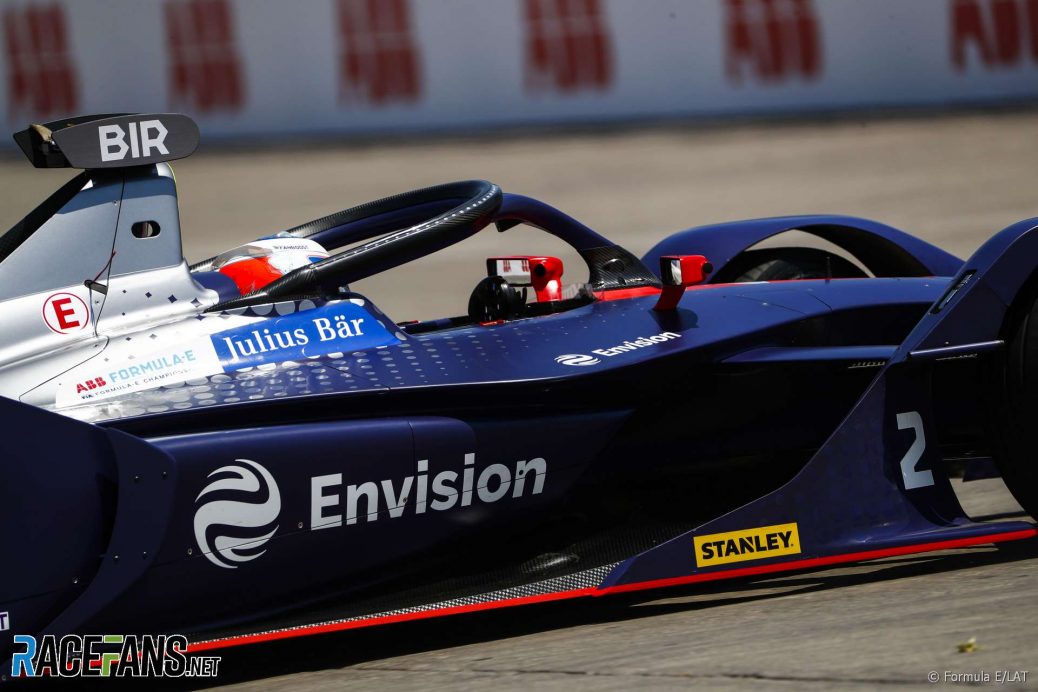 Bird made a clean overtake on Wehrlein with 33 minutes to go, despite the Mahindra also activating Attack Mode – though their battle had allowed Buemi to gain a significant lead.
The race restarted with 22 minutes to go, Bird immediately aggressively attacking Buemi for the lead only to return to full course yellow with just under 20 minutes to go after Vandoorne lost control, shattered the bodywork on his car and sprayed debris across the track.
With four minutes remaining, second-placed Wehrlein activated attack mode and drastically cut Bird’s lead.