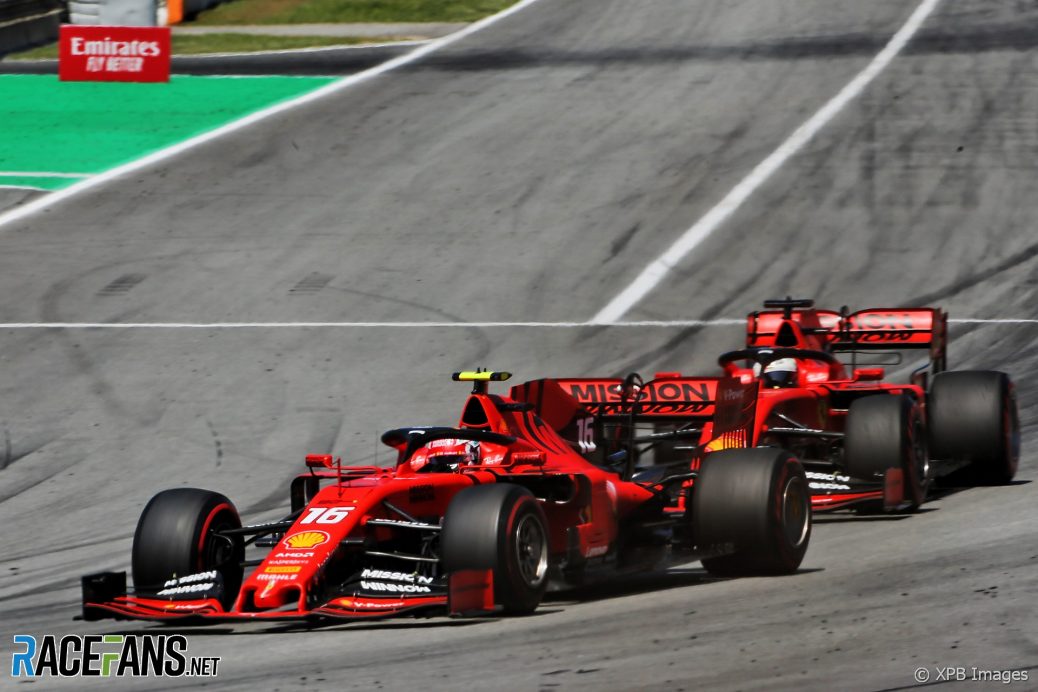 Ferrari team principal Mattia Binotto believes the team made the correct calls on when to swap their drivers during the Spanish Grand Prix.
Binotto said the changes of position were justified because the drivers were on different strategies for much of the race, and believes the team timed the swaps correctly.
Mattia Binotto: “I think by the time that you do it you need to make sure that the driver behind has got faster pace otherwise you are swapping and not having any result.”
Mattia Binotto: “So it was as well important for him not to lose any lap time at that stage of the race.”