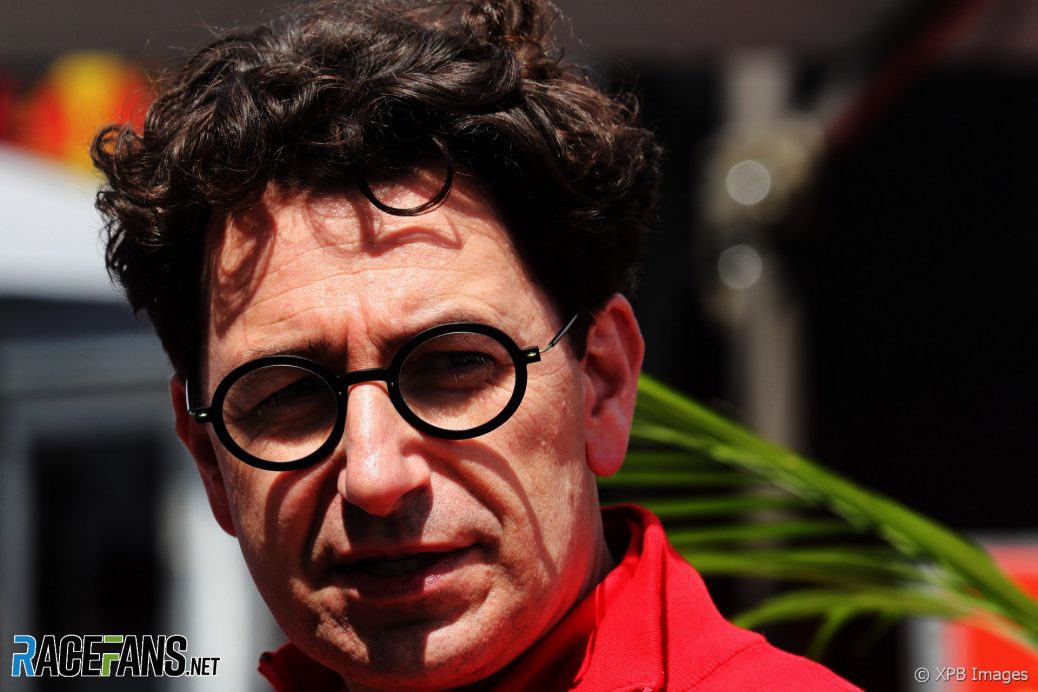 Ferrari team principal Mattia Binotto refused to explain the team’s request for a review of the penalty which cost Sebastian Vettel victory in the Canadian Grand Prix after the stewards ruled its submissions were not new, significant or relevant.
Binotto added Ferrari now consider the matter “closed”.
Ferrari submitted a request for the incident to be reviewed, which required them to demonstrate to the stewards they had “new elements” which were not considered when the original decision was made.
Asked why the team’s confidence in its evidence was so clearly at odds with the stewards’ assessment of it, Binotto said: “We are certainly unhappy as I said.