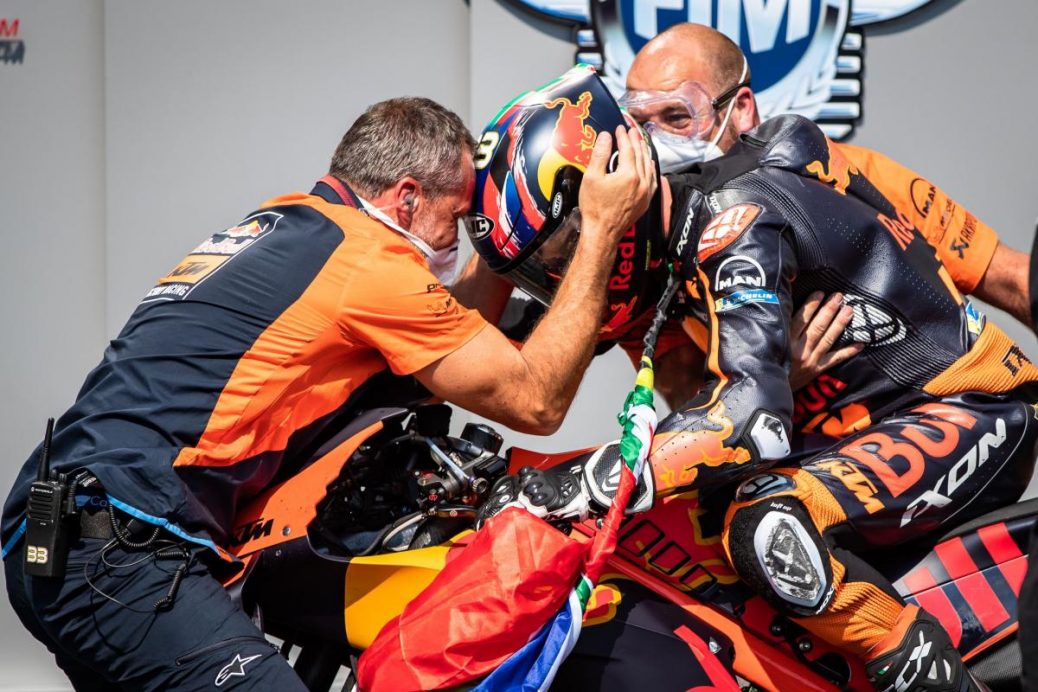 Binder: “I don’t think it’s ever going to sink in”

It’s safe to say Brad Binder, Red Bull KTM Factory Racing and South African MotoGP™ fans will be pretty stoked for a while. He’s South Africa’s first MotoGP™ winner and KTM’s first MotoGP™ winner, with this seemingly just the beginning for both Binder and the Austrian factory. Binder’s Grand Prix journey has seen him go from Moto3™ World Champion in 2016, to Moto2™ runner-up in 2019 to MotoGP™ race winner in 2020 – all with Red Bull KTM. “I didn’t.” Binder’s response to being asked when he thought he could win the race. Binder’s disbelief that he’d won a MotoGP™ race was clear to see in his post-race interview. It’s the home Grand Prix for Red Bull and KTM so it’s going to be awesome.