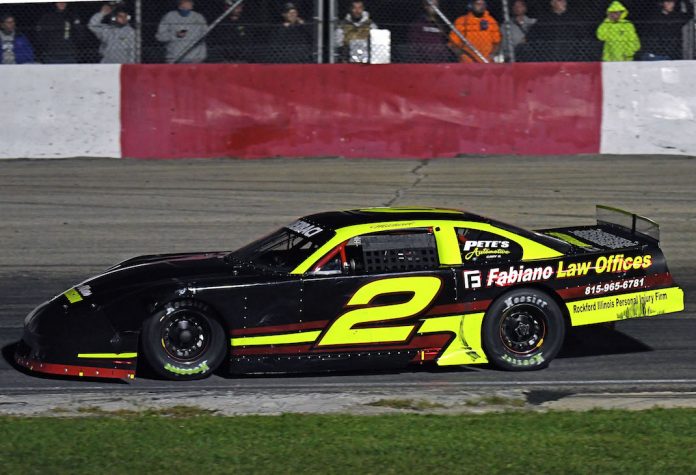 MORRIS, Ill. — Michael Bilderback got the lead and never looked back on his way to winning the 59th annual Tony Bettenhausen Classic 100 presented by Elite Tradeshow Services late model stock car special at the Grundy County Speedway Saturday night. Bilderback took the checkered flag with a 1.086-second margin over two-time Bettenhausen race winner Ricky Baker. Blake Brown, fastest qualifier Rich Bickle Jr. and Nathan Kelly rounded out the top six. Bilderback became the 29th different winner of the annual Chicago-area contest. Seven caution flags and a red flag slowed the action with 16 cars running at the finish. The red flag was thrown after 34 laps were complete for the accident in which Bickle was involved with Shafer being part of an accident after 73 circuits were in the books. “This is the biggest win of my career,” said Bilderback. Michael Bilderback, Ricky Baker, Eddie Hoffman, Blake Brown, Rich Bickle Jr., Nathan Kelly, Scott Koerner, D.J.