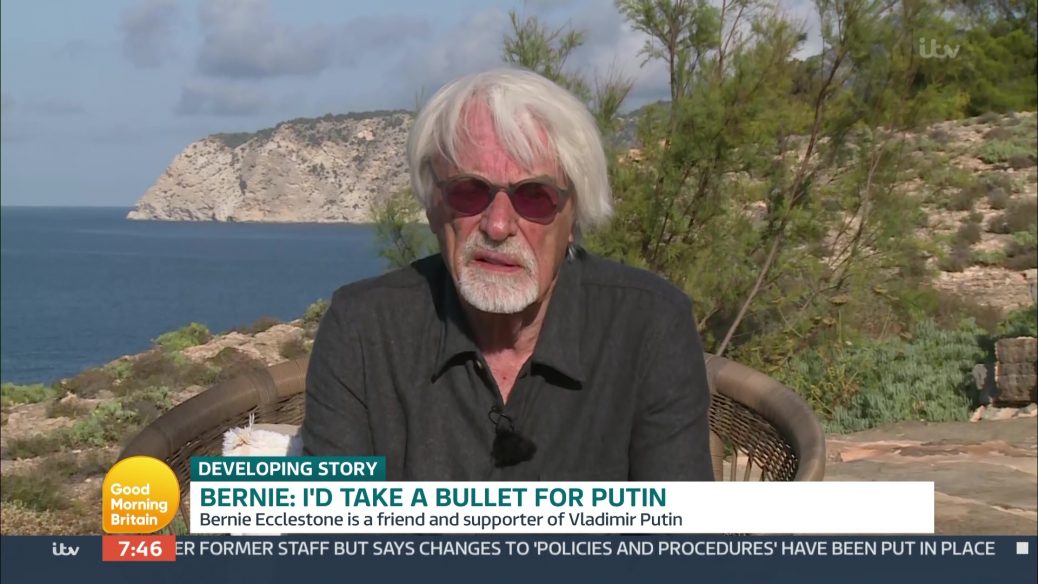 BERNIE ECCLESTON has shockingly defended long-term friend Nelson Piquet after the Brazilian F1 icon used a vile racial slur to describe Lewis Hamilton. Former F1 owner Eccleston, 91, insisted Piquet “would never go out of his way to say something bad”. Eccleston though leapt to the defence of his good friend Piquet during a bizarre interview with Good Morning Britain. Eccleston also said he was “surprised” Hamilton hadn’t “brushed aside” Piquet’s shocking comments. When asked about the disgusting term, Eccleston said: “Well it’s probably not appropriate with us. One critic wrote on Twitter: “Bernie Ecclestone on #GMB trying to justify Nelson Piquet’s racist comments. Another wrote: “Bernie Ecclestone trying to justify Nelson Piquet’s racism. A third said: “Bernie Ecclestone defending the racist comments made by Nelson Piquet AND defending Putin…oh wow.