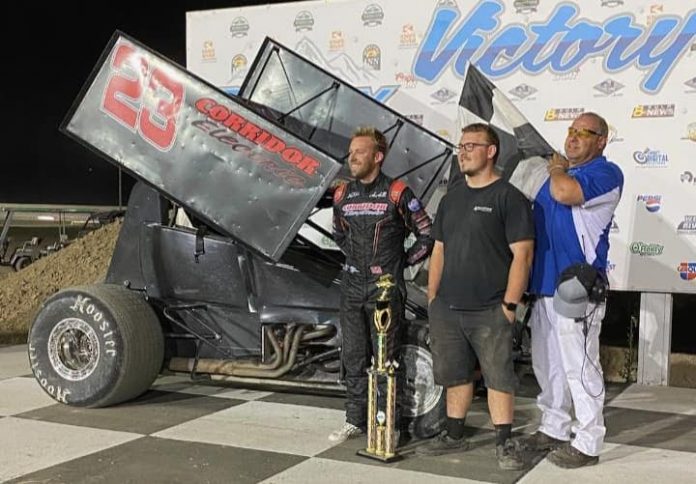 — Fending off challenges through numerous cautions Friday night, Washington’s Seth Bergman pocketed $1,500 and his first career victory with the Brodix ASCS Frontier Region to open the ASCS Frontier Big Sky 360 Nationals, presented by Kirkness Roofing. The win makes Seth the 36th different winner with the Brodix ASCS Frontier Region. It’s the ninth ASCS Region that he has earned a victory with for an overall total of 38 regional wins. Entering lapped traffic on lap five, that opened the door for Bergman to make his move. Throwing the slide for the lead the following lap, the advantage went to the Corridor Electric No. A stop for fuel and air pressure on lap 13, the race finally made it to lap 25 with Bergman out front by 1.963 seconds.