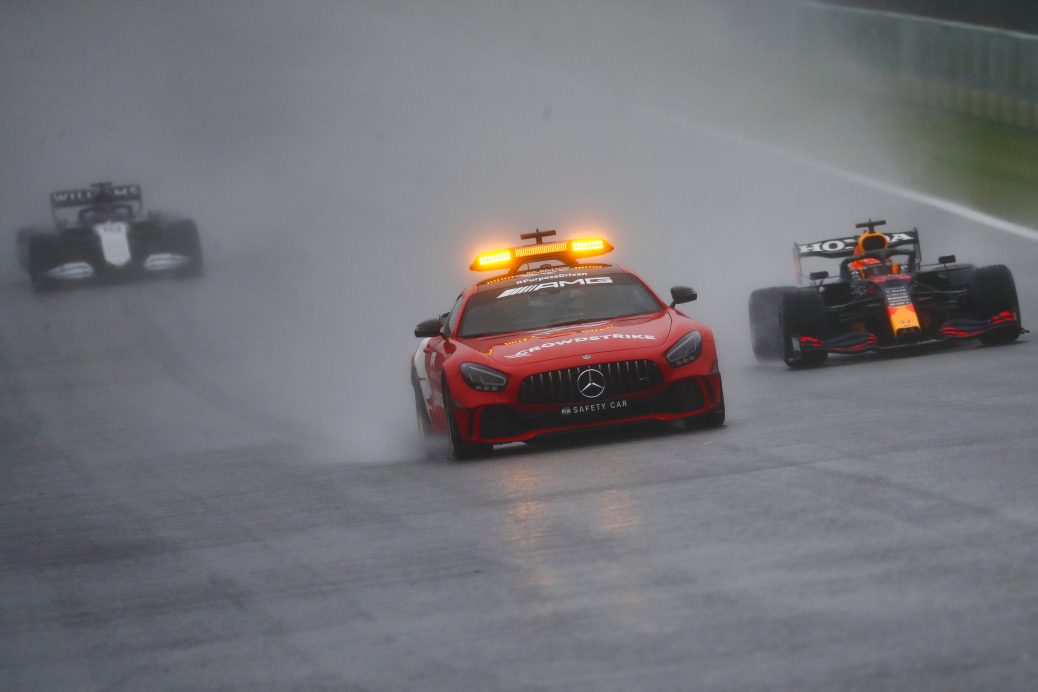 MAX VERSTAPPEN won one of the most farcical races in F1 history – a three-lap tootle behind the Safety Car that lasted just eight minutes. After a rain delay of three hours and 17 minutes, sodden fans in the grandstands witnessed the shortest classified race in the sport’s history. Even more so the time it took to complete them, as this race which was due to start at 3pm, eventually was stopped at 6:44pm. Verstappen says he felt that the F1 race should have started earlier in the day. Hamilton also felt the conditions and poor visibility made holding a proper race was too dangerous. “It’s a shame because of course I wanted to race and it could have been a great race if it hadn’t rained so hard.”.