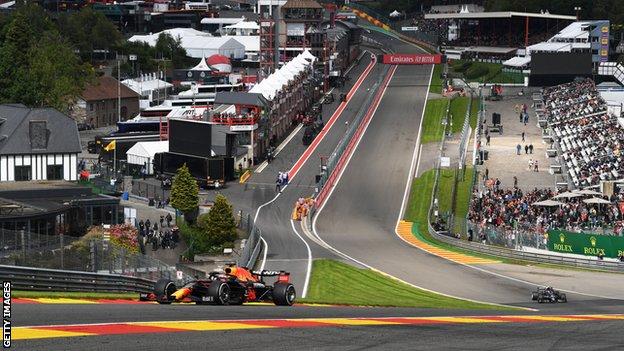 Red Bull’s Max Verstappen ended Friday practice at the Belgian Grand Prix with a crash after setting the fastest time ahead of both Mercedes drivers. Verstappen backed into the wall, causing a premature end to the session. Verstappen was 0.039 seconds quicker than Valtteri Bottas, with Hamilton third. Hamilton was just 0.031secs behind his team-mate, but the Red Bull and Mercedes drivers used different tyres to set their times. Both Bottas and Hamilton failed to improve when they tried the soft tyres. Leclerc said: “It has been a very tricky day overall, for everyone because of the conditions. Verstappen, who was running the higher downforce set-up on the Red Bull, said he was happy with the car.