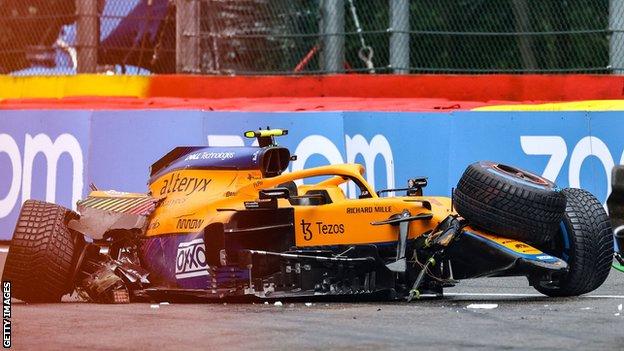 Verstappen’s lap prevented Russell from taking what would have been one of the greatest pole positions in Formula 1 history in the uncompetitive Williams. Verstappen’s title rival Lewis Hamilton was third fastest in the Mercedes. Russell said: “I was in the fortunate position that I had nothing to lose. The start of the session was delayed because of heavy rain and all three sessions were held on a wet track. Norris and Russell excelled through the first two sessions, with Norris setting the pace in the first session from Verstappen by 0.4secs and again in the second from Hamilton by 0.2secs. Hamilton set the initial pace, 1.5secs quicker than Bottas and a second clear of Verstappen on their first laps. Early in his lap, he was behind Russell but he edged ahead as the lap progressed to snatch pole.