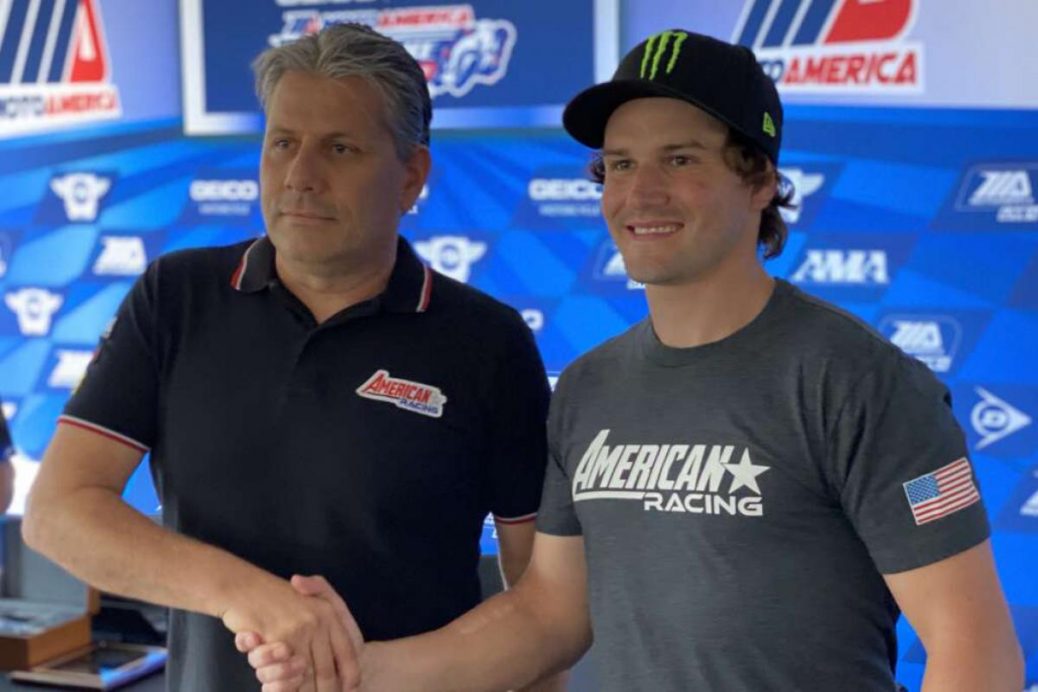 Beaubier to make Moto2™ debut with American Racing in 2021

It’s official: Five-time MotoAmerica Superbike Champion Cameron Beaubier is taking over from Joe Roberts in the American Racing Team in the Moto2™ World Championship for 2021-2022 with the 27-year-old Californian putting pen to paper on a two-year contract this week and then talking about it in a joint press conference with Yamaha and American Racing team owner Eitan Butbul today at WeatherTech Raceway Laguna Seca. Beaubier will compete one last time on the Monster Energy Attack Performance Yamaha YZF-R1 this weekend in the three HONOS Superbike races that will headline the GEICO Motorcycle MotoAmerica Superbike Speedfest at Monterey, which is the series finale. Beaubier will replace Joe Roberts, the former MotoAmerica Superstock 600 Champion, joining Marcos Ramirez at American Racing. Only Mat Mladin has won more AMA Superbike titles with seven and only Mladin (82 wins) and Hayes (61 wins) have more victories in the history of AMA Superbike racing than Beaubier. However, as it turns out Beaubier always had his eyes on the MotoGP™ World Championship. The coming season will not be Beaubier’s first crack at international racing as he is a former Red Bull MotoGP Rookies Cup racer and did a season in the 125cc World Championship for the Red Bull KTM Moto Sport team. In addition to his five MotoAmerica Superbike Championships (2015, 2016, 2018, 2019 and 2020), Beaubier also won the AMA Daytona SportBike Championship on a Yamaha YZF-R6 in 2013.