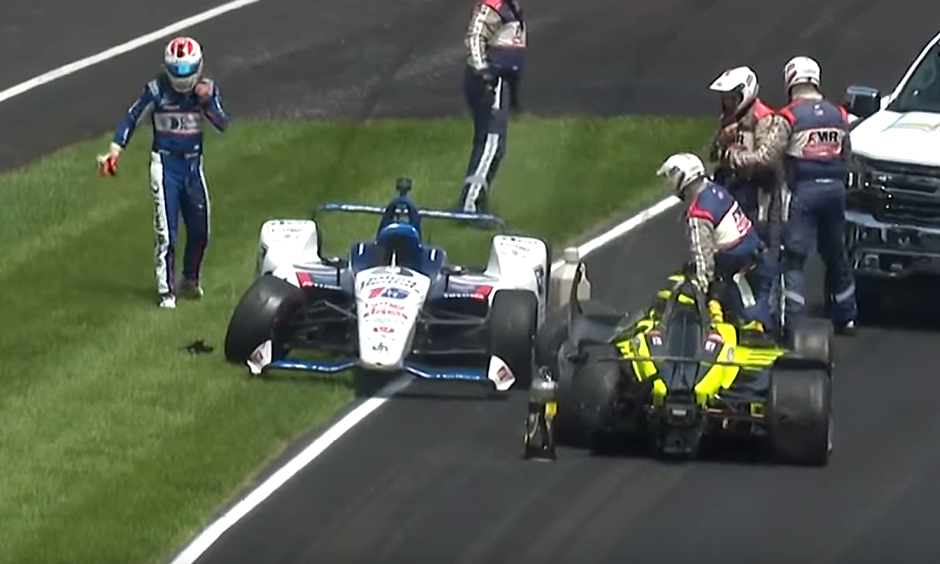 Both drivers had put themselves in position to move forward in the final stint of Sunday’s race at Indianapolis Motor Speedway – Bourdais in seventh place and Rahal just behind – when Rahal pulled inside to make a pass near the end of the back straight.
As Rahal began to pull alongside Bourdais just before Turn 3, his right-front tire made contact with Bourdais’ left rear.
Rahal finished 27th and Bourdais 30th, both frustrated with the crash but fully aware that drivers are less willing to give each other room so late in the race.