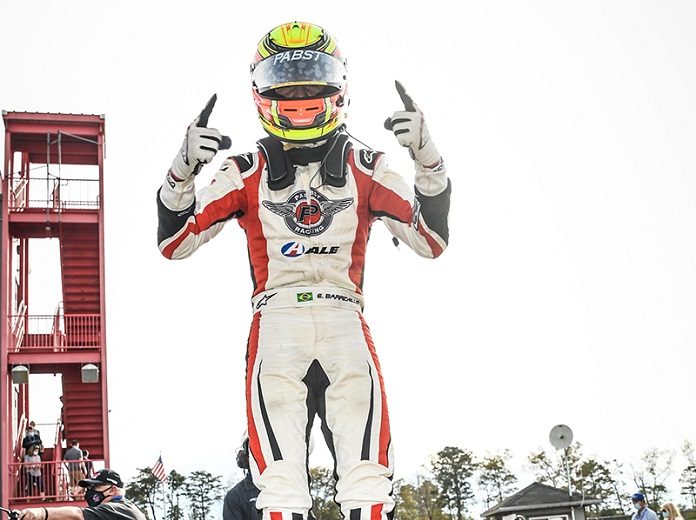 MILLVILLE, N.J. – Eduardo Barrichello made his way to victory lane for the third time this season Saturday with an impressive drive in the first of three races of the Andersen Companies USF2000 Grand Prix at New Jersey Motorsports Park. He fended off a determined challenge from Rasmussen under braking for turn one and remained in control for the remainder of the race. Rasmussen remained hot on Barrichello’s heels for the opening five laps, during which the two leaders pulled well clear of the battle for third place. Brooks finally found a way past Gold after four laps and immediately began to close in on the two leaders. Also on the move was d’Orlando, who reduced a deficit of more than four seconds to Brooks down to just a few car lengths with four laps remaining.