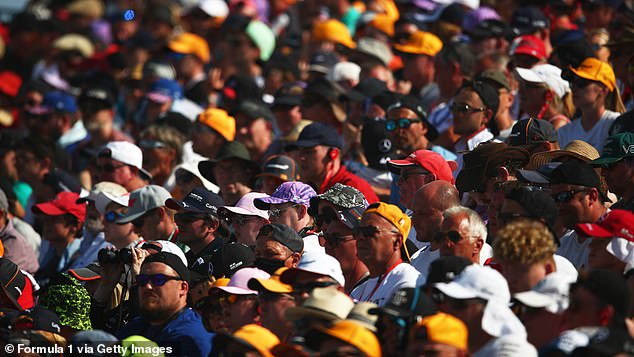 VIP helicopters pierced the clear blue sky overhead as fans basked in the morning sunshine in Northamptonshire. Dare we say it, it felt normal, if normal still exists. ‘I don’t like masks at all,’ Jordan, 26, who was attending a Grand Prix for the first time after bagging a £370 ticket, told Sportsmail in the fanzone. ‘I’m a massive Hamilton fan but it’s just so, so good to see people mixing and enjoying themselves. With 140,000 here on Saturday, a total of 356,000 across the three-day weekend, this was a significant step forward. ‘Today shows how far we’ve come,’ said McLaren’s Lando Norris during the drivers’ parade lap.