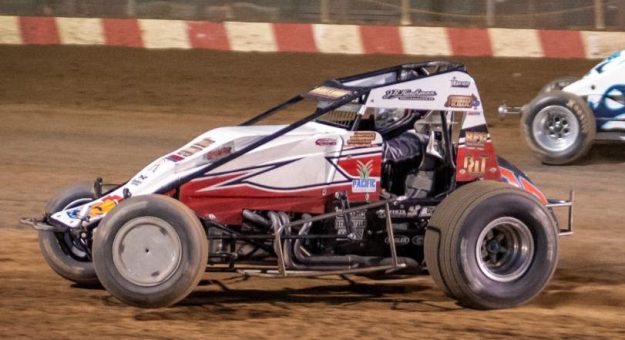 SUN PRAIRIE, Wis. — The USAC AMSOIL Sprint Car National Championship made its first visit to Angell Park Speedway in seven years, but the man standing in victory lane at the end of the night was the same. He surpassed USAC National Sprint Car point leader Justin Grant for third with a low rider maneuver between turns one and two on lap four. Meanwhile, Bacon utilized a similar route as Ballou to take over the third position from Grant at the exit of turn four on the 18th lap. Ballou held a near four-second lead when Bacon slotted into second with eight laps remaining. Quickly, though, Bacon knocked Ballou’s lead down to 1.7 with only five laps to go. “No one had run through there and, those last few laps, I could catch the middle really good. The last time Bacon competed with the USAC National Sprint Cars at Angell Park, he finished second in 2015.