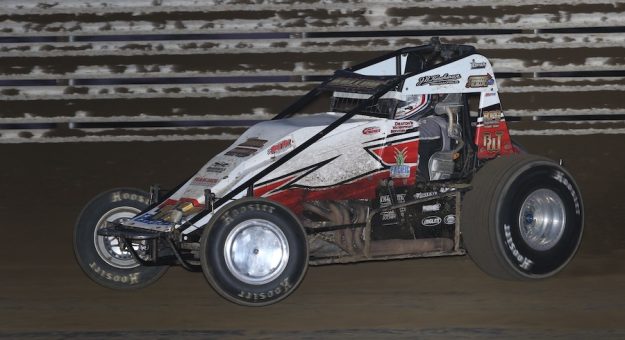 — Prior to Sunday night, there were just three drivers who could boast possession of three career Tony Hulman Classic victory rifles. “I figured the bottom was going to be excellent for 30 laps around the bottom of turns one and two, but it wasn’t so,” Ballou explained. Seavey passed Davis with a dive into turn three on lap 21 to momentarily stave off Ballou’s pressure, which only proved to be momentary. Ballou lined up Seavey off turn two on the 24th lap and shot to the bottom rail in the third turn before sliding back up and corralling the position at the exit of turn four. Bacon now had his work cut out for him, down more than a second to Ballou with only four laps remaining.