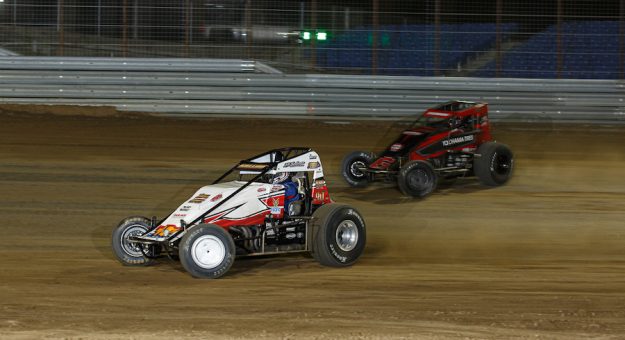 Ballou Holds Off Bacon At I-70

— It was a reversal of roles as the USAC National Sprint Car Series returned to the dirt at I-70 Motorsports Park for the first time in 40 years on Saturday night. “He’s got the best race car, I just wanted it a little worse tonight.”. “I changed my lane a little bit in traffic and I knew I was backing up,” Ballou commented afterward. “I kind of got into him a little bit when slid up and was backing up the racetrack. Ballou wasted little time powering by on the high side on the second lap and slipped away as Bacon worked forward from fifth and began tracking down the leader as the laps clicked off. Bacon made his move for the point and led the 21st lap before Ballou struck back to lead the rest of the way.