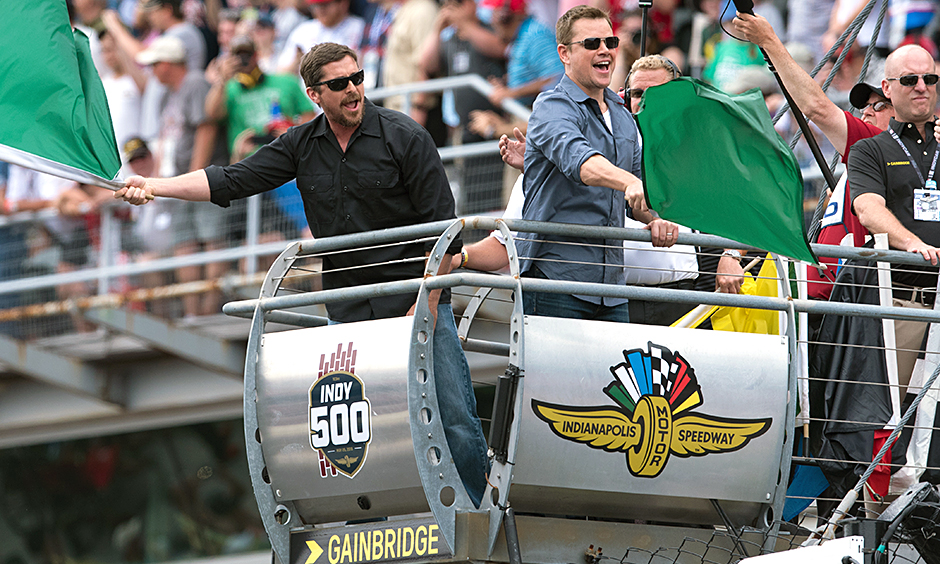 Damon said he experienced a sense of pushing the limits when he rode with Mario Andretti in the INDYCAR Experience two-seat Indy car around the IMS oval the day before the race.
Damon and Bale thrilled the crowd gathered behind the red-carpet barriers by signing autographs and posing for selfies with many of the fans.
Akbar Gbaja-Biamila and Matt Iseman, co-hosts of NBC’s “American Ninja Warrior,” said their hopes rested on the five NTT IndyCar Series drivers who have competed on the popular obstacle course challenge show: Josef Newgarden, Scott Dixon, Tony Kanaan, Helio Castroneves and Conor Daly.