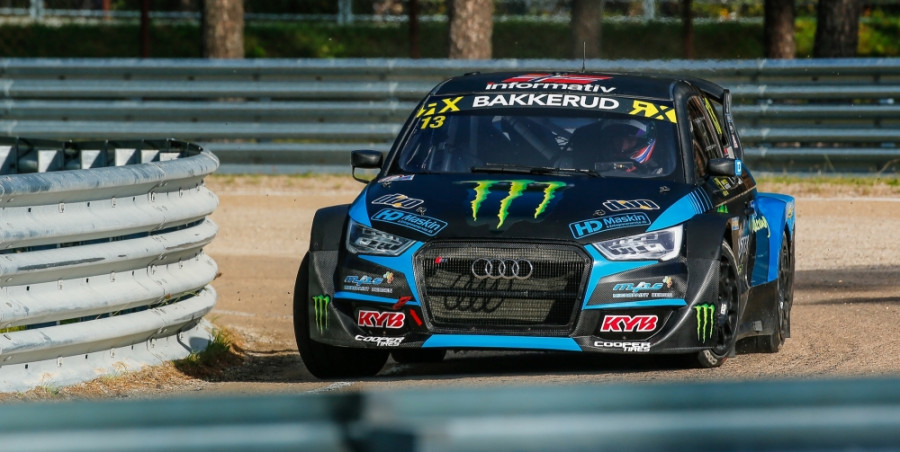 Monster Energy RX Cartel’s Andreas Bakkerud has taken TQ (top qualifier) position in the Neste World RX of Latvia, round nine of the FIA World Rallycross Championship to extend his Drivers’ Championship points lead by one point.
Bakkerud finished second to Team Hansen MJP’s Timmy Hansen in Q4 race 4 as Hansen took another quickest time to climb to second in the Intermediate Classification.
Bakkerud will start on pole position in semi-final one in Riga, joined on the front row by GC Kompetition’s Rokas Baciuska.
Hansen MJP’s Kevin Hansen finished behind GRX’s Timur Timerzyanov in Q4 race 3 and will join team mate Timmy Hansen on row 1 of semi-final 2.