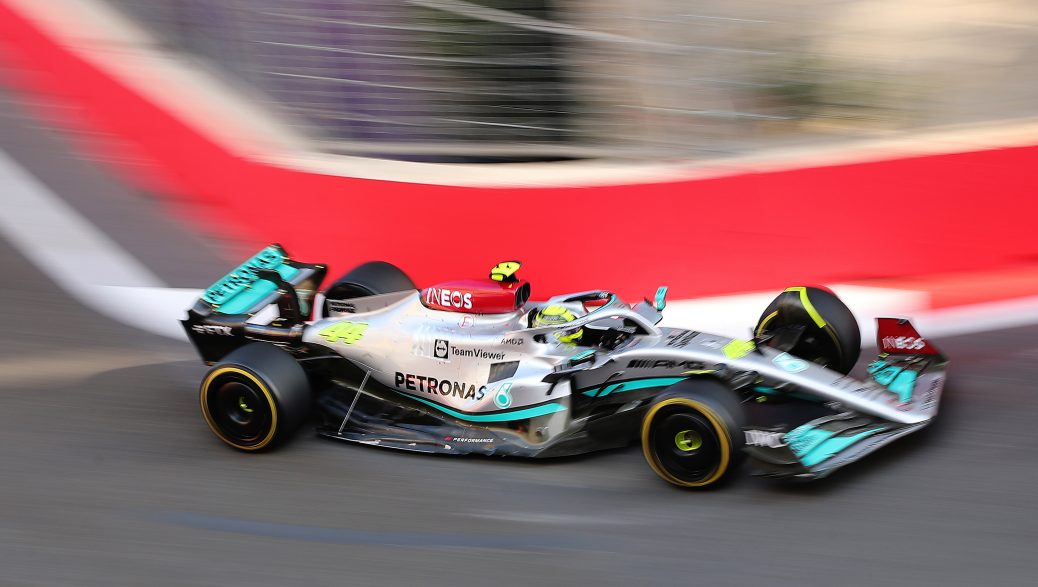 F1 is in Azerbaijan for what is typically one of the most action-packed Grand Prix races of the year. Behind the wheel of that car will be a very unhappy Lewis Hamilton. It was impressive from Red Bull and Ferrari in the first session, can Mercedes get in the mix for the second session?. Leclerc is in P2, Verstappen in P3 while Sainz is in P4 to make it two Red Bulls and two Ferraris in the top four. Alonso fifth, Hamilton six in the best of the rest but both over a second off Perez’s best time. Hamilton has now popped up in fifth in the timesheets, but still a bit off the pace. Verstappen currently leads the way with a time of 1:46.932. but it is already close with the Ferraris.