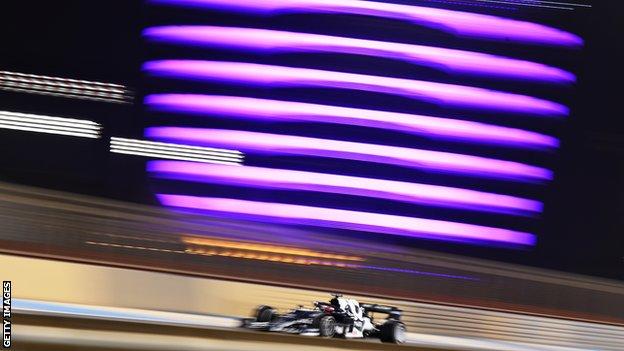 Bahrain to host grand prix until 2036

Bahrain will host a grand prix until at least 2036 after the country signed an extended contract with Formula 1. Bahrain was the first Middle Eastern state to host a race when it made its debut in 2004. Bahrain will host the season-opening race on 20 March, after Australia was displaced from its traditional slot because of uncertainties over Covid. The Australian Grand Prix in Melbourne has been moved to the third slot on the calendar this season to give the country more time to prepare. F1 president Stefano Domenicali said Bahrain “has a very special place in our sport”.