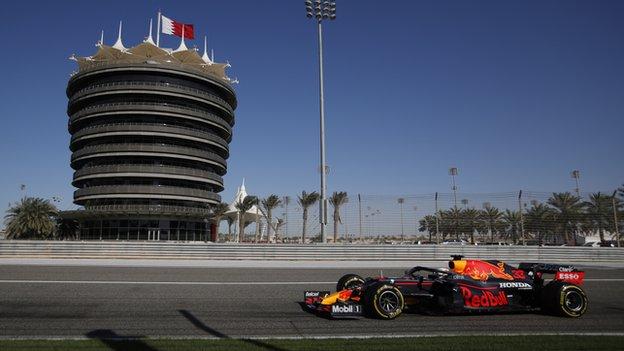 Last updated on Less than a minute agoLess than a minute ago.From the section Formula 1. Red Bull’s Max Verstappen was fastest in the first practice session of the new season at the Bahrain Grand Prix. Ferrari’s Charles Leclerc was fifth, ahead of Red Bull’s Sergio Perez. Nevertheless, the session did seem to continue the impression of pre-season testing that Red Bull had a slight edge on pace over Mercedes. The Mercedes appeared to be handling better than it was in pre-season, when the drivers were struggling with a rear instability issue. The team have spent the last 12 days analysing why they were struggling, but on Thursday Hamilton said Mercedes were “not the quickest” heading into the season. Perez was 0.677secs slower than Verstappen in his first outing for Red Bull.