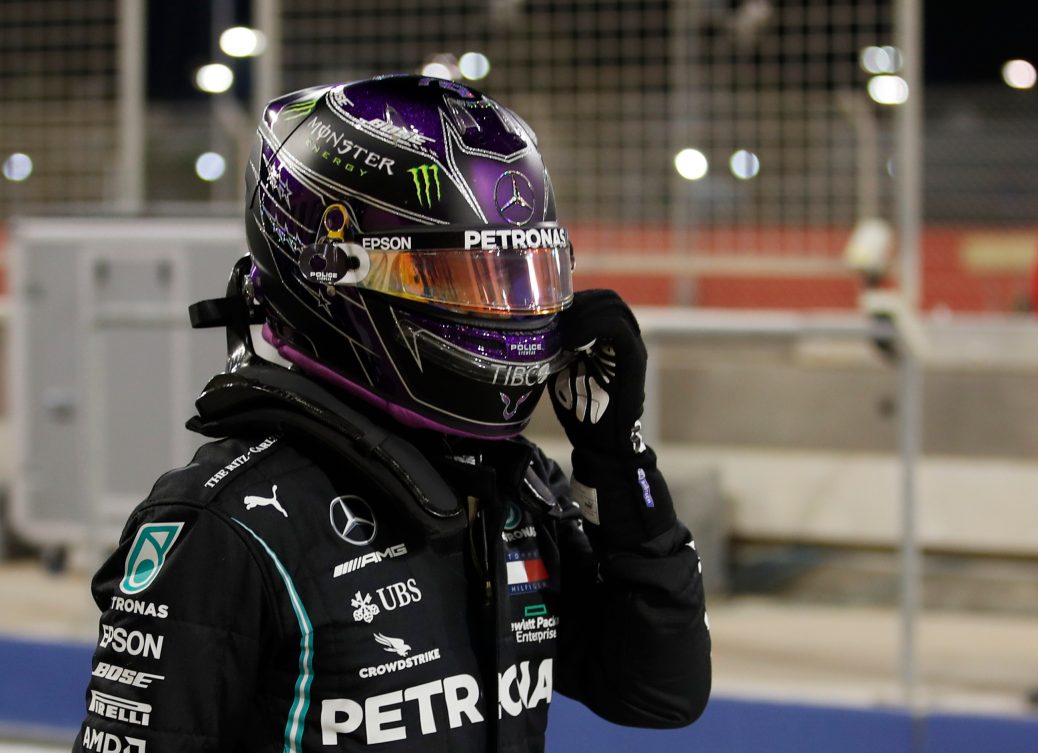 LEWIS HAMILTON continued his stranglehold on the Formula One season after taking pole position for the Bahrain Grand Prix. It was Hamilton’s tenth pole of the season and he will now go in search of his 11th win of the campaign – despite having already wrapped up the title. Hamilton’s teammate, Valtteri Bottas, will line up in second place on the grid as Mercedes made it 11 front-row lockouts in 2020. Max Verstappen will line up in third place on the grid with the Dutchman the best of the rest. Ferrari had yet another shocking result as their cars qualified in 11th and 12th place.