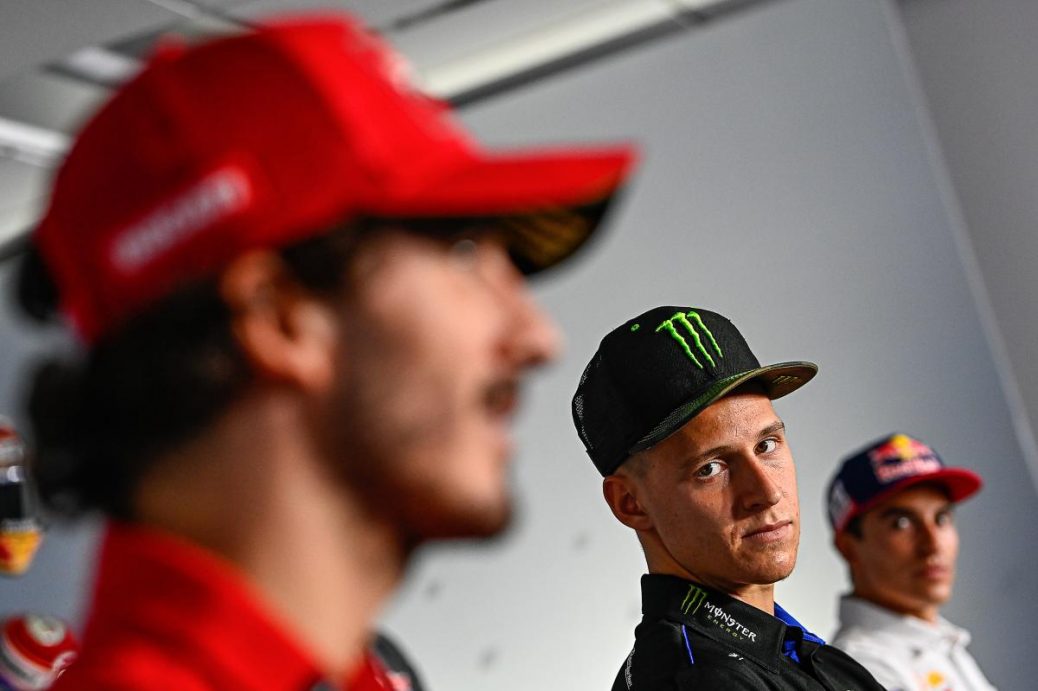 Bagnaia vs Quartararo: “I think we can be very competitive”

Ahead of a crucial weekend which could heavily influence where the 2021 MotoGP™ World Championship trophy heads, current standings leader Fabio Quartararo (Monster Energy Yamaha MotoGP) was joined by main rival Francesco Bagnaia (Ducati Lenovo Team) in the Red Bull Grand Prix of the Americas pre-event Press Conference alongside Marc Marquez (Repsol Honda Team), Enea Bastianini (Avintia Esponsorama) and home heroes Joe Roberts (Italtrans Racing Team) and Cameron Beaubier (American Racing) to discuss Round 15 of the season. 48 points split Quartararo and Bagnaia in the Championship with just four races to go. To say this weekend is vital in the title race is probably an understatement, and heading into the weekend at COTA, both riders are in buoyant moods. Four races, 48 points – by no means impossible, but it’s certainly difficult. I think, pretty thankful to MotoGP and Dorna for making this happen to come back to America, as an American rider it’s crucial that we race in America. I hope for a great showing, we have a great race and the fans really enjoy it.”.