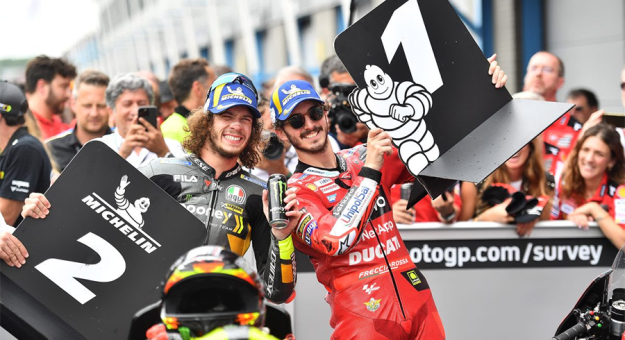 NORTH HOLLAND, Netherlands — Francesco Bagnaia rocketed to the top step of the podium in the Dutch Grand Prix, entering his name back into the MotoGP championship picture. In a huge points altering race, championship leader Fabio Quartararo collided with second-place points runner Aleix Espargaro on lap five. Quartararo crashed again a few laps later, negating any hope of finishing the race. “It was only the third lap and I attacked like it was the last one. My apologies to Aprilia (Racing) and Aleix (Espargaro) for making him go out of the track. As the Summer break hits MotoGP, Quartararo has a 21-point cushion to second place Espargaro, with Johann Zarco behind 58 points, and Bagnaia in fourth, 66 points behind.