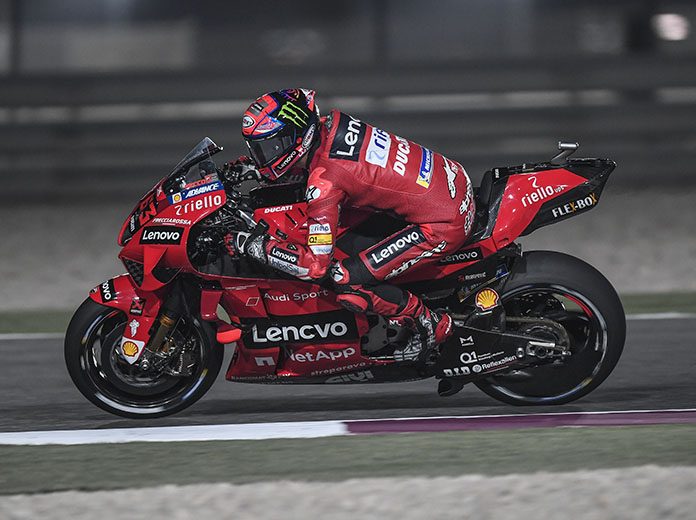 LUSAIL, Qatar – Francesco Bagnaia sailed to his maiden MotoGP pole on Saturday at the Losail Int’l Circuit, doing so at a record breaking pace. His lap of 1:52.772 was enough to give him the pole by .266 seconds ahead of Monster Energy Yamaha’s Fabio Quartararo. They’ll be joined on the front row by Quartararo’s teammate, Maverick Viñales, who was .316 seconds off the pace set by Bagnaia. Valentino Rossi, making his debut for Petronas Yamaha SRT, qualified an impressive fourth to lead the second row. Jack Miller will line up fifth after setting the fastest time in practice on Friday on the second Ducati.