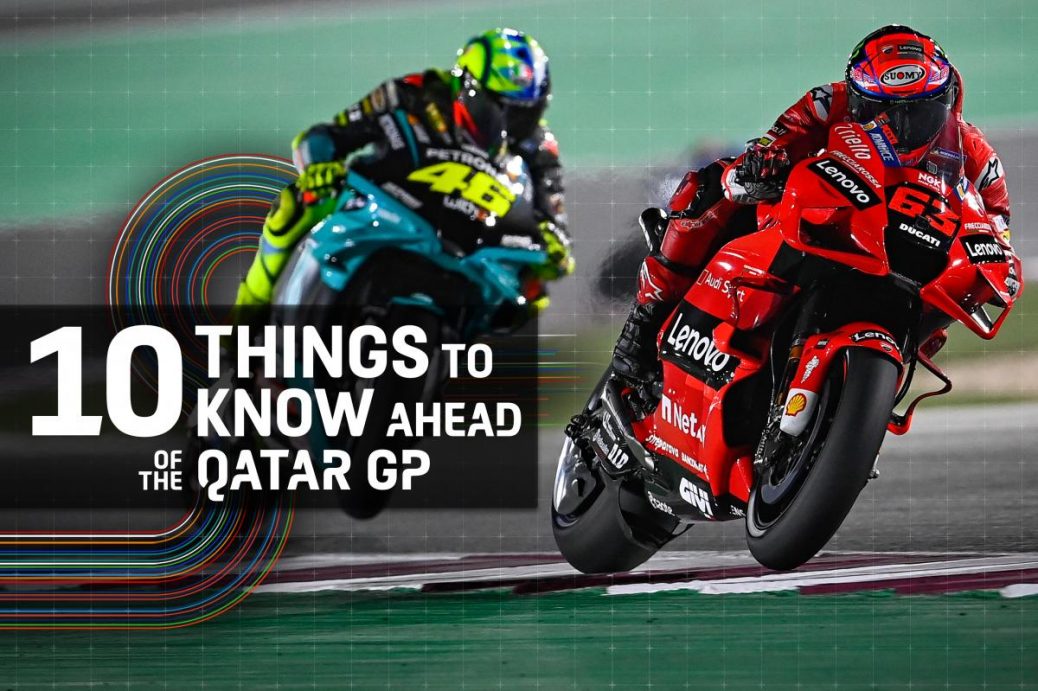 A quite astonishing 1:52.772 helped Ducati Lenovo Team’s Francesco Bagnaia to pole position at Barwa Grand Prix of Qatar, setting us up very nicely for a sensational first Sunday of 2021. Bagnaia has qualified on pole position for the first time in MotoGP™, setting a new all-time lap record at the Losail International Circuit. He qualified sixth for his third front two rows start at Losail since he stepped up in MotoGP™ in 2017 (including a pole in 2018). Aleix Espargaro (Aprilia Racing Team Gresini) has qualified eighth, which is the best qualifying result of an Aprilia rider at Losail so far in MotoGP™. He will be aiming to give Aprilia their first top five finish since the introduction of MotoGP™ in 2002. He will be aiming to give Suzuki their first podium finish in MotoGP™ at Losail. He qualified in 10th for his best qualifying since he was fifth at the European GP on his way to take his only MotoGP™ win so far. This is the first time there is no Honda rider inside the top 10 in MotoGP™ qualifying at Losail.