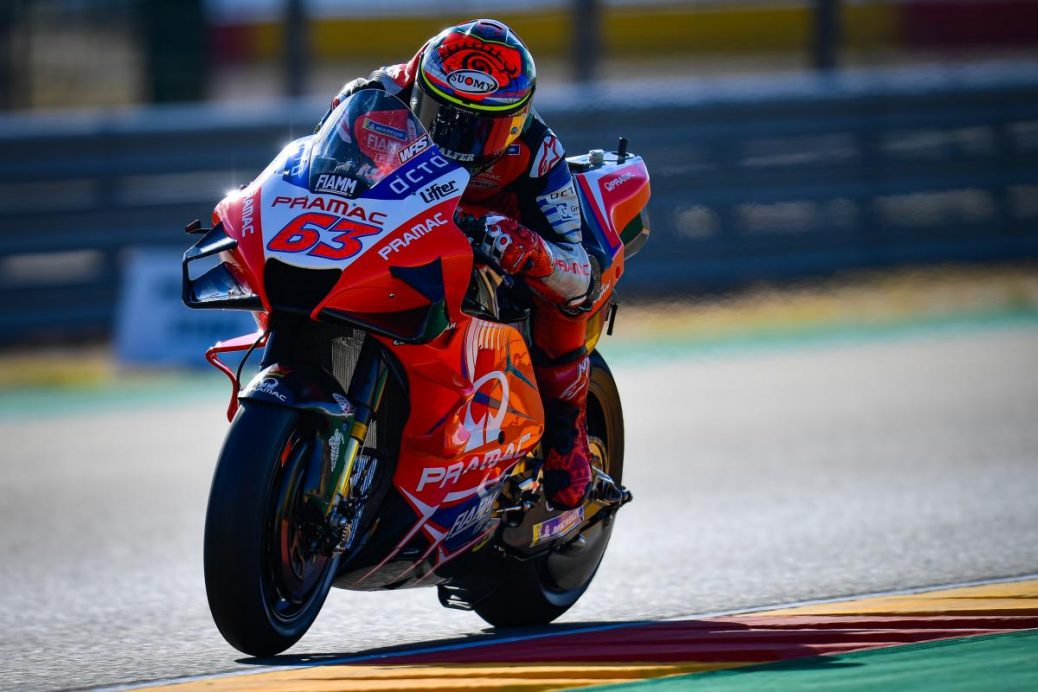 Friday may not have gone quite the way Ducati will have wanted in terms of lap time, but the Bologna factory once again proved they’re top dogs when it comes to top speed. Start your weekend with a treat from motogp.com as we give you the last five minutes from FP2 in Aragon for absolutely nothing. During FP2 at the Gran Premio Michelin® de Aragon, Francesco Bagnaia (Pramac Racing) clocked a whopping 351.8km/h on board his Desmosedici GP20, seeing him break Andrea Dovizioso’s (Ducati Team) previous record. With this, MotorLand Aragon joins the Losail International Circuit (352km/h), Mugello (356.7km/h) and the Circuit de Barcelona-Catalunya (352.9km/h) in terms of circuits on the current calendar that have seen a MotoGP™ bike surpass 350km/h. In addition to this, Bagnaia now holds the top speed record in Aragon, Barcelona, Le Mans and San Marino – all of which he’s achieved in 2020.