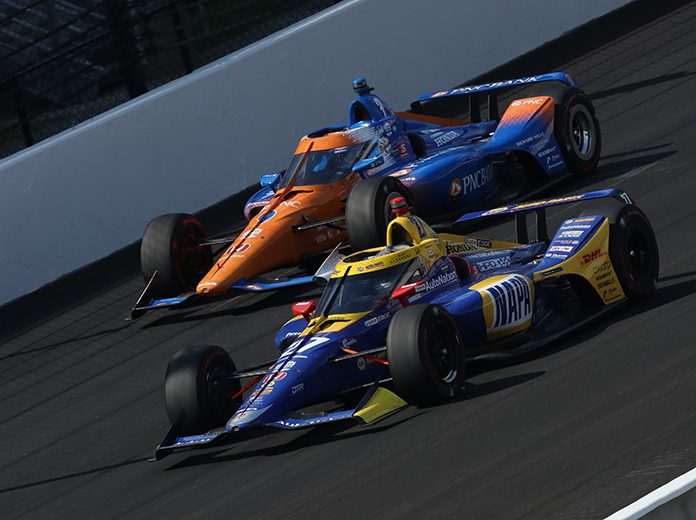 INDIANAPOLIS – Alexander Rossi is probably looking forward to the NTT IndyCar Series season coming to an end. He had to go back with the gun to give it another whirl, which delayed Rossi’s release from the pits. Rossi was 17th when he crashed on lap 143 to create another caution period. Rossi’s Honda went high in turn two and crashed into the outside wall. Rossi believed once he got his Honda up front, it was capable of winning the race. “I thought we had the car to win, and had we stayed up front we could have made a run for it,” Rossi said. We shouldn’t have been in a position to have to run in the back.